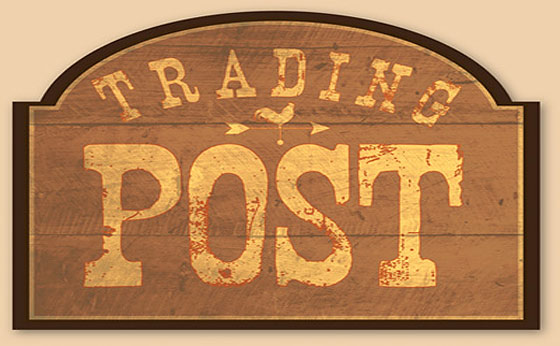 We had previously polled our Modern Survival Blog readers to input their own thoughts on what would be best bartering items for SHTF collapse. Nearly 9,000 votes later from nearly 500 readers, I captured the barter items list and I’m re-posting them here for your information.

The ‘perceived’ value of any one thing at the Trading Post is of course entirely subjective or relevant to what someone else might actually need at the moment.

Additionally, the specifics of ‘SHTF’ or the extent of ‘collapse’, how far into the collapse, etc., will bear weight upon the needs. That said, we had to start somewhere, and there were no specific conditions given (‘what if’ scenario).

after SHTF or post-collapse

(according to polled readers)

Here’s a graphic of the barter items with their percentage of popularity:

The thought here is value. What might others value?

That would probably be pretty different for non-preppers vs. those who have prepared to an extent. Why? Because non-preppers will “need” more of the basics for survival whereas preppers may eventually just ‘shore up’ their supplies, or things they’ve missed.

The essentials which relate to shelter, water, food, fire, security, medicine, will be particularly valuable in my estimation.

My instinct tells me that one of the more valuable items for barter would be means to make fire. Matches. Lighters. With fire, so many other things can be accomplished. Cooking. Heat. Purifying water. Sanitation/cleaning. Most people don’t have much or any inventory of lighters or matches.

I have not defined the post-collapse living conditions, or how far into the event. So it’s somewhat difficult to measure barter item value. However putting out a list is thought provoking nonetheless.

A few especially valuable items (or groups) in my estimation include:

A Note Regarding Ammo

Certainly, ammo after SHTF collapse will be central to security, as will the firearm. That said, most preppers are equipped in this department (at least initially). Additionally, ammo may be somewhat difficult to find for barter – due to the notion that it may be turned against you and/or the value it has to whoever possess it (won’t want to give it up in trade). That said, yes it will be valuable.

I do not disagree with anything from the list from our reader poll. The value of things will go up and down. The circumstances over here may be different from those over there. Lots of potential variability of resources and demand thereof.

While any list is just a list, if I went through this exercise with you again it might be a little different. Lists are always interesting to ponder because it often leads to additional or other ideas.

A Note regarding trade after SHTF collapse

There is caution to be advised for those who believe that others will be kind, lawful, and fair after SHTF. That everyone will help each other.

The fact is that without rule of law (WROL), and especially after factoring in desperation, people will be in survival mode. Humans are capable of very bad things doing what they need to survive. Just saying. Factor this in.

– Never trade at YOUR place.
– Trade on neutral ground.
– Don’t go alone. Two minimum. Three much better.
– Scout the trade location first, before bringing trade-able goods.
– Avoid revealing what else you may have.
– Do not bring or trade too much at once (a target). Go multiple times instead.
– Watch out (be prepared) for ambush. When in doubt, get out.

[ Read: Valuable Services For Barter After Collapse Or SHTF ]