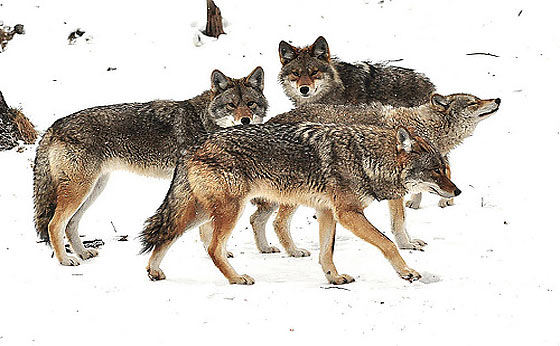 Predators run in packs. Predators will instinctively prey on the weak – especially those separated from the herd. Predators are opportunists looking for easy targets first. Not only is this true for the four legged predator but also the two legged variety.

Again last night as I listened to the squealing and howling pack of coyotes outside, I was reminded of their predatory instinctive mentality. Perhaps their noisy ruckus was the result of a successful attack and fresh kill of a lone rabbit or some other unsuspecting creature.

The pack behavior of those coyotes are not too far different from that of the two legged predator. While not all predators are pack animals, there is power in numbers for greater success at targeting prey.

How to avoid becoming prey?

Situational awareness can give you the time needed to avoid an encounter with a predator or a pack of predators. But just because you’re a breathing human being doesn’t mean that you have situational awareness. You need to work at it.

Consciously be aware of your environment. Look ahead as you walk or travel. Notice what’s going on way before you get there. Alter your course of action when your gut tells you to…

Match their strength. What I mean by this is to appear as though you might be a tough match for them. There are a number of ways to accomplish this. You might be fortunate enough to have a physique that may intimidate them, so they will likely leave you alone. If you are not 6’2″ / 220 then you have other options…

Look and appear confident. This alone will be quite effective, given that so many others are not outwardly confident. Remember, predators look for the easy prey. So shoulders back, head up, and go about your business with ‘purpose’.

Power in numbers. If you are part of your own pack, chances are you will be left alone. Traveling in numbers is a enormously effective deterrent to a predator or even a predatory pack. The lone person will always be preferred prey.

Note: If and when our modern society collapses into social chaos, ‘power in numbers’ will become a very important thing. Predatory packs will become more prevalent and widespread, so your security will be greatly enhanced by your own ‘numbers’. Be aware that just because you believe that you are adequately prepared for security, remember that you can absolutely be overcome (become prey) by the actions of a determined pack. Your looks and appearance may be a deterrent, but situational awareness and especially ‘power in numbers’ may become critically important to avoid, deter, or deal with the pack.