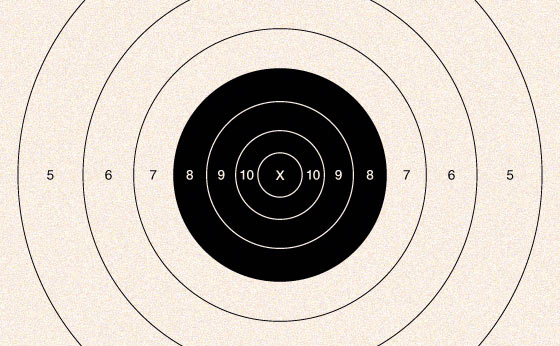 Bullet proofing walls and the design thereof. You may consider to consult with a professional within the “hardened structures” industry.

With that said, this article originally published during 2014. It received excellent and informative discussion which I suggest you read down in the comments below.

The basis for the original post came from an online report (forgot how / where I found it). It covered various techniques being considered for bullet resistant wall construction for the city of Boulder, Colorado. One of which I briefly outlined below.

In particular they were looking for economical solutions (though apparently less than ideal).

It inspired lots of discussion. In particular pointing out one major flaw in the specific technique described (read on to discover it). As well as excellent alternative ideas, some from professionals in this industry, and some references to “bullet proof wall cheap” (using sand or gravel). At least “cheap” comparative to other techniques.

So I will segue to the OP which is as follows, which may inspire further discussion.

For those concerned about their security in this regard (bullet resistant wall construction). This is one technique using poured concrete.

“Based on these tests, it is my professional recommendation, when practical, that we utilize the combination of Oriented Strand Board (OSB) and concrete. For new construction this combination appears to offer the best results at a cost far less than the commercially available ballistic fiberglass.”

There are many ways to build a bullet resistant wall. Or to beef up the resistance to slow or stop a bullet. This particular recommendation was made to the city of Boulder following a series of bullet penetration tests conducted by the city facility manager there.

He concluded that the best bullet resistant wall construction (versus cost) would be poured concrete filling the cavity between 2″X4″ studs, using 1-1/8″ OSB (oriented strand board) fastened to both sides, followed by 5/8″ Gypsum.

The OSB would be screwed to to the 2×4’s and used as a material strong enough to hold the poured concrete. Then apparently left in place afterwards as an integral part of the wall. The Gypsum (drywall) is fastened for the interior wall aesthetic appearance.

They performed bullet penetrations tests. This determined the ability to withstand penetrations by a number of commonly used bullets.

The calibers were selected based on press coverage of incidents around the nation, as weapons-calibers commonly used in attacks on citizens.

All test shots were from 7 yards downrange.

The materials cost for the recommended solution above (at the time) was determined to be a little more than $3 per square foot (approximately $100 for a 4×8 section).

Of course your own cost of materials may vary. Consider labor costs. Diy or otherwise. At the time of the recommendation, the labor costs were estimated to be similar to the materials cost itself.

Note: If seriously considering constructing a bullet-resistant wall such as this (and looking to save cost and weight). Fill the wall only 4-feet high. Or 4×8 sections sideways. This will still maintain a safe zone from that height to the floor.

Typically, concrete has a density of 150 pounds per cubic foot. This means that a block of concrete that is one foot wide, one foot long, and one foot high would weigh 150 pounds.

The gap in a 2×4 stud constructed wall (studs are actually 1.5 x 3.5) is approximately 8.6 – 9 cubic feet within a 4×8 section (depending on stud spacing). Therefore, each 4×8 section when filled with concrete will have a downward force weight of approximately 1,300 pounds.

If you’re filling to a height of 4′ then you’re looking at about 160-lbs per linear foot.

If you’re filling the entire wall, then you’re looking at about 320-lbs per linear foot.

Be sure that your floor and foundation can support it! Properly support the walls using techniques to avoid toppling!

Note: Plywood is stronger than OSB and resists moisture better. It is more expensive – although you won’t need 1-1/8″ (OSB) – while 3/4″ (plywood) should suffice.

There are other ways to accomplish this.
This is for educational-informational purposes only.
When in doubt, get architectural-engineering advice.
Check your own local codes and do your own due-diligence.

The bullet/ballistic resistance of concrete masonry

From the National Concrete Masonry Association

The actual resistance of concrete masonry assemblies to high velocity projectiles such as bullets varies considerably depending on the details of the assembly and the type and energy of the projectile.

While many tests have been conducted through the years documenting the ballistic resistance of concrete masonry construction, much of this research is not available in the public domain. The most current published comprehensive study was conducted in Canada by the Canadian Masonry Research Institute and the Royal Canadian Mounted Police as reported in Resistance of Exterior Walls to High Velocity Projectiles. A key conclusion of this report noted that:

“Walls finished with either a clay brick or concrete brick veneer prevented all but the 0.50 Browning from complete penetration of the wall assembly.”

Although the firearms and bullets used in this study do not exactly match Underwriters Laboratories bullet resistance levels under UL 752, Standard for Bullet-Resisting Equipment, (the standard often cited for bullet resistance), a comparison can be made by adjusting for the impact energy level as shown in the table below.

Before the Canadian study, most published ballistic testing on concrete masonry walls was carried out during World War II to make sure that adequate protection was provided for transformers, switching stations, and similar installations subject to sabotage.

A. Concrete masonry or clay masonry brick veneer with a nominal thickness of 90 mm (4 in.).

[ Read: Wireless Driveway Alarm Up To Half A Mile Range ]

[ Read: The Best Magnetic Driveway Alarm With No False Alarms ]