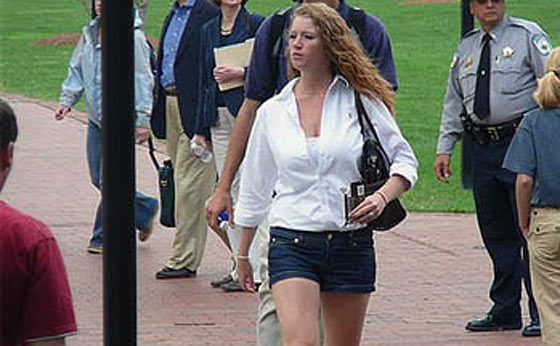 Want to minimize the odds of becoming a victim of robbery or assault, while out in public?

A would-be attacker, robber, or assailant will almost always look for easy prey. Just as the weakest of the herd in the animal kingdom typically fall first to a hungry predator, so too will a similarly apparent human become the likely victim of crime before that of a stronger opponent.

Particularly true for women, who themselves are not usually as physically strong as most men, a few simple practiced traits could potentially discourage a lurking attacker.

Appear, and be, confident while you are out in public.

Walk with purpose, direction, and intent. Know where you are going, walk tall, shoulders back, confident strides, and use your eyes to look out straight and around, piercing, slightly suspicious – rather than looking down.

This alone, will influence most potential attackers to take pause, allowing you to pass through their zone. You see, those that are looking for an easy robbery, or victim, will purposely choose someone whom they feel will offer the least resistance and the easiest means of escape after-the-fact.

While there will always be exceptions to the rule, for you to beat the odds, the appearance of confidence is the simplest and most effective means to stay safe.

Be observant and take appropriate action.

Example… You are walking directly towards a destination down the street, say, 2 intersections away. While you are looking ahead, beyond what is directly in front of you, you notice a group of questionable characters hanging out near the sidewalk beyond the next street intersection. Even though your destination is on the same side of the street, you cross over to the other side with purpose, as though it was your intent all along…and cross back over later if you feel safe.

Example… You are walking to your vehicle which is parked in a mall parking lot or parking garage (any scenario is valid). Instead of fumbling for your keys after you’ve arrived at the vehicle, have your keys in hand while walking towards your vehicle – able to make a quick and efficient entry. Better yet, keep a small pepper-spray canister attached to your key chain and use it as the grasp in your hand – all the while at the ready. A whistle on the key-chain is a good deterrent too.

The key is to avoid confrontation in the first place. Appearing and being confident, will often be all that you need to avoid becoming a victim.