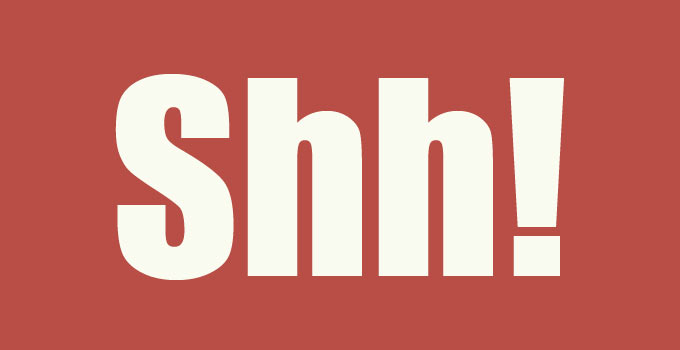 An unfortunate concern is other people knowing that you’re a prepper.

– Because you may be stereotyped and looked upon differently within social circles.

– You will be catalogued (consciously or subconsciously) as a potential resource.

– Your OPSEC will be blown.

– You will face bigger security issues if it all “hits the fan”.

– You will become a potential target of sorts.

It’s unfortunate too because the mainstream media does not portray prepper’s very well if given the opportunity to stereotype poorly.

Prepper’s are people who mostly have traits and characteristics similar to many of our ancestors. Prepper’s are mostly just regular people who have the common sense to be prepared for uncertainty and modern day risks.

– likely has a decent food storage inventory.
– is probably not a progressive liberal.
– usually has plenty of common sensibility.
– may be adept at ‘critical thinking’.
– takes responsibility for one’s self.
– probably has a garden or two or three.
– will be working on self sufficiency to an extent.
– will have some practical skills (or working on them).
– likely owns a firearm(s).
– likely enjoys the outdoors.
– unless retired, works a job just like everyone else.

I could go on. However suffice it to say that there are lots of people who actually would be considered preppers who themselves wouldn’t label as such.

It’s essentially a responsible way of life that mitigates risks, whereas others simply depend upon external safety nets in case they need them.

There are SO MANY unprepared people today that it truly becomes risky for others to know that you may be well prepared, or a prepper.

While most all preppers do not wish for circumstances which would put us into “hunker down” mode, if it did happen, those who know – may come a knocking.

And that will present a whole new set of issues and uncomfortable decisions.

So, back to the title of this article, “How would a non-prepper know that you’re a prepper?”

1. The number one reason that other people find out you’re a prepper is by you or your spouse (anyone in your group) opening their mouth about it. Loose lips sink ships!

You might be proud of your preparedness or your deep food pantry (or whatever else) but you should resist the inclination to talk about it. Some people are more likely to brag than others, however even the disciplined may let something slip.

It may seem 100% harmless to talk about it, especially since we’re not living in a SHTF world right now. You may have friends or acquaintances (even family) that you believe would not be an issue if they knew more about your preparedness. However you better be very sure about that. People talk. And those people talk. Etc..

2. The second most likely reason how people find out you’re into prepping is when they see any of your ‘stuff’.

If you have stacks of 5 gallon buckets or pails of food storage and someone sees it, they’re going to know something’s up. Why? Because most people don’t have that stuff, so it stands out in their mind.

The problem is, it becomes normal for you to be looking at (through your own eyes) the locations where you have your preps. After awhile it doesn’t seem unusual. But for others, they’ll pick it out right away.

Do you have shelves and shelves with foods or supplies sitting there? Are they in plain site? Cases of home canned foods perhaps? You get the idea… anyone who’s in your house and happens to see these items will be signaled that you’re not a normal unprepared person with just a week or two of food in the house. Get the idea?

Some time ago we had a couple visit the house (they were friends of another couple who were visiting us at the time), and when “he” spotted my Big Berkey in the kitchen, right away he suspected. I put it off as just filtration because I have a well pump, but a few additional clues gave it away that we were preppers. Turns out (fortunately) that he too was (is) a prepper.

I’m just trying to point out that what others see will influence what they think. So look around through another set of eyes. What do you see?

3. Word of mouth. This relates to #1 but I’m listing it separately as a concern because it is.

The scenario is someone else (who you entirely may trust) somehow mentioning in conversation to one of their friends or acquaintances something that provides a clue that you’re a prepper. It may be a seemingly harmless mention ( “Oh, did you know that Betty does a lot of canning? She has a huge shelf in her basement with lots of canned foods.” “There’s other stuff down there too.” ).

Word has a way of spreading over time. Also things tend to get exaggerated.

– How about going to Wally World and being spotted by someone you know with a “flat-bed” cart full?

– UPS or FedEx driver making deliveries to your home

– Neighbors drop by occasionally and when the garage is open, comments like – is that a freeze drier, nice generator, why three freezers, How many canning jars does one need??? and many more comments…

– The serviceman working on your furnace in the basement notices and mentions something about how much toilet paper you have.

WHAT TO DO?
Short of being a hermit and never talking to anyone, OPSEC (operational security) may be a challenge. It’s up to you to figure out your own strategies. However do be aware as best you can about what you say to others when you’re stepping into the realm of your own preparedness. It’s the world we live in today…

What about your opinions?
What other things might give it away that someone is a prepper?