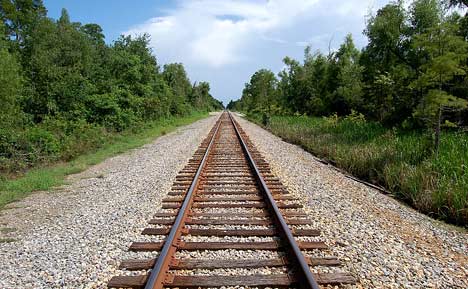 Walking along railroad tracks is a dangerous thing in more ways than one. But just like roads, railroads crisscross the nation from one town to another; often unseen or unnoticed by most people as their mostly hidden tentacles weave their way from here to there.

These rails may provide an alternative path of travel during a post-SHTF collapse, and is something that most people will not think about…

I’ve read a-lot of ‘survival’ novels which invariably will describe encounters with roadblocks during post-SHTF travel, many of them very dangerous with looters waiting for their prey. Back-roads may be a better choice in some circumstances, but if on foot, what about railroads? It’s an alternative, but it also presents risks…

First, let me say this… even during ‘normal’ times, railroads are very dangerous.

It is an excellent place to get injured or killed. Footing is poor in most cases and a sprained or broken ankle can be in the offing. Do not walk on the tracks.

Walking on top of the rail is a great way to slip and fall. Hit your head on the other rail and you’ll be laying unconscious when run over.

There is also a thing called “flash,” found on the inside, top of the rail. Flash is thin strips of metal that have been worn off the rail by the wheels passing over it and they are just as sharp as a surgeon’s scalpel. It’ll lay your skin open quite nicely, should your ankle come in contact with it.

Think you’ll hear a train coming? Don’t bet your life on it. Locomotives don’t always pull cars around. They shove ’em, too. The engine may be a mile away and equipment can sneak up on you in near silence. At other times, freight cars will be found rolling on their own; no locomotive to hear and no one to shout a warning.

And, some of the people who hang around the tracks and yards are not usually the type of folks you’ll want to spend any time with, after being beaten to a pulp and robbed.

————————————
Having said all that, and under a worst case scenario whereby the thin veneer of civil society has collapsed and we are living within social chaos, the rail system presents an alternative means to route from one place to another.

Under these post-collapse conditions, even though the rail system itself may be no longer functioning, following railroad tracks on foot from one place to another may be just as dangerous… or maybe not.

In one way, it is a network of mostly unseen routes which may be hardly traveled as those who do travel will likely remain on familiar ground – the roads.

In another way though, those who do walk alongside the rails will be visible to others who may be off to the side, maybe just inside the woods, etc. This could be dangerous, but it may be less dangerous than traveling the roads on foot during the same post-SHTF collapse environment. Chances are that you will run into fewer encounters along the rail, but when you do… it will potentially be equally as dangerous.

You may choose to follow the rails but off the visible cut line, just inside the cover of the edge, the woods, etc. Better unseen that way.

Here’s an important thing though… how many people have any idea whatsoever as to where the rails are and where they go? Answer… Hardly anyone at all.

So, it may be a good idea to add to your knowledge base, the maps of these railroads. Apparently there is such a thing as a Railroad Road Atlas.

Or look online for railroad maps, nationwide, regional, state, and then print them.

It’s something to consider and is a method of adapting your travel needs post-SHTF.

A SHTF event leaves the city region near you without essential services. You live about 50 miles away. Are you safe? 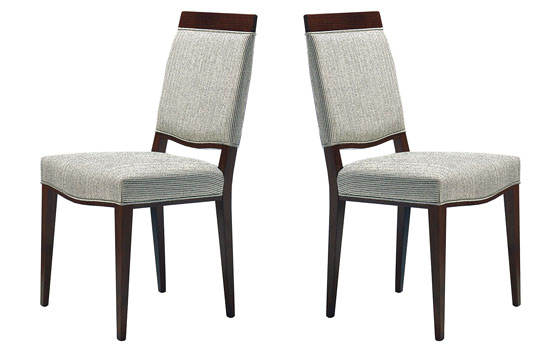 Four guidelines when choosing the safest place to sit in a restaurant or other public place: FACE THE ROOM WITH YOUR BACK TO THE WALL Situational awareness requires that you SEE what’s going on. Pick a seat where you can see other people to observe their behavior and demeanor. Try not to sit where someone… 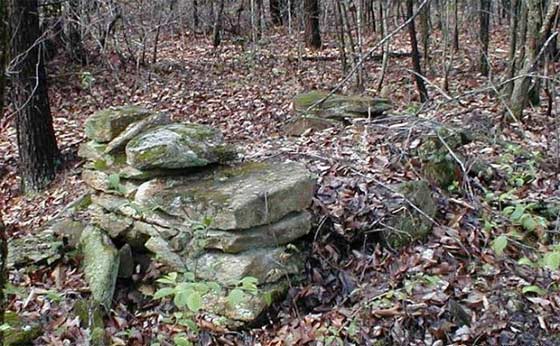 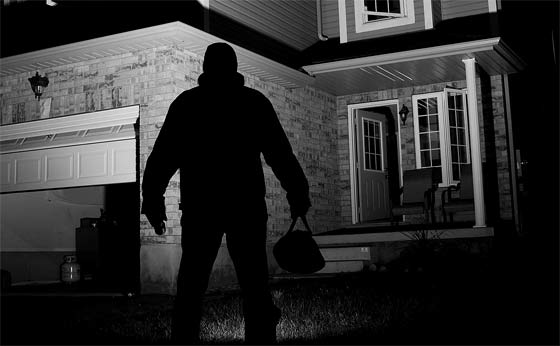