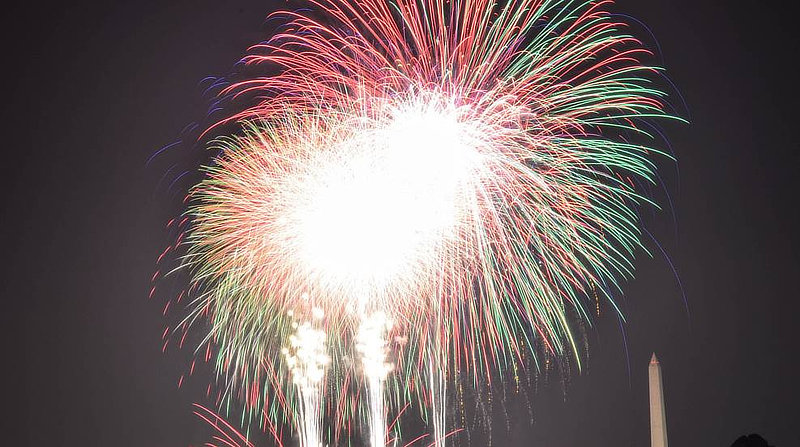 Excerpted portions from an article on America’s 1st Freedom magazine. On this (and every) Independence Day, we need to remember and understand that Freedom Needs Safekeeping.

Freedom is a gift. America’s Freedom was purchased with the blood of patriots who fought and died so we could be free. With that freedom, they gave us the U.S. Constitution and its first 10 amendments, otherwise known as the U.S. Bill of Rights. They included the Second Amendment so we could keep our freedom.

We repeatedly hear how the education system has been compromised by people who are trying to rewrite history and eliminate some parts of history from text books and classrooms altogether.

If we allow anyone to edit our founding history and eliminate why our Founding Fathers fought so hard in building our nation, future generations may not learn our true history and won’t feel the need to fight to protect it. If that happens, the enemies of freedom will have won. We cannot allow that to happen.

The Second Amendment is the means with which we keep our heritage intact and keep our nation free. A disarmed society is powerless against the enemies of freedom.

Every amendment in the U.S. Bill of Rights specifically guarantees protection against government.

The Second Amendment is not about hunting, it’s not about target shooting, and it’s not about gun collecting. Those are just traditional lawful uses. It’s about protecting the right of the people to keep and bear arms to protect themselves, and to protect freedom from an oppressive, tyrannical government that puts its own politics and desires for control above the rights of the people.

Do you doubt for one minute that if a tyrannical government controls the U.S. Senate, the U.S. House of Representatives, and the White House that the Second Amendment would be observed?

Government cannot take total control of the people as long as the Second Amendment is intact, and peaceful, average, hardworking citizens can freely own firearms.

We owe our Founding Fathers. It is our duty to protect and defend the U.S. Constitution and the U.S. Bill of Rights they fought so hard to give us.

We have much for which to be thankful and to protect from evildoers on this Independence Day.

Every Fourth of July, we hear Jefferson’s famous phrases — “when in the course of human events;” “we hold these truths to be self-evident;” “endowed by their Creator with certain unalienable rights;” “deriving their just powers from the consent of the governed” — and we remember the ideals on which this nation was explicitly founded.

And then, all across the nation when we celebrate our independence through fireworks, we hear the boom and bang of gunpowder. And we remember what it was that gave those ideals their teeth. “that whenever any Form of Government becomes destructive of these ends, it is the Right of the People to alter or to abolish it.” It is quite another actually to do it. The American colonists did it — at great risk and at great cost — and, in so doing, they set an example to the world.

Let us not forget that Freedom Needs Safekeeping.