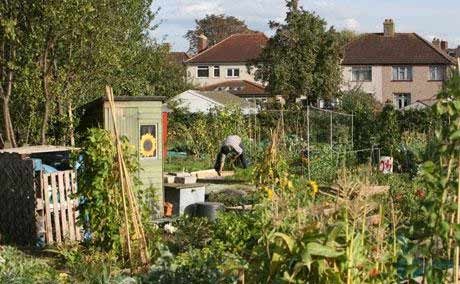 I recently received the following email questioning my thoughts regarding the decision to bug-in OR to bug-out, and I would like to respond to it…

I came across your website a few days ago and I really like it. I’ve been working (very slowly) on prep since 2008. Since then a lot more prep blogs are showing up. I bookmarked your website because it’s definitely one of the better ones.

But here’s the deal. I have a few questions that remain unresolved after hours of research. Many different websites give conflicting advice.

The bugging in or out decision. It would be nice to have enough food and supplies for years on end without having to leave our street, but I don’t think that would work if the country experienced major long-term changes. We live in a house with some extra space, so I do have storage, but we don’t have near enough room for a whole new lifestyle, and we’re very much afraid that a generator would just be a “please come loot this house” sign. What words of wisdom would you give to a young couple in a suburban house?

First, thanks for the question, and it is a VERY GOOD ONE – which is why I would like to respond here on the site, rather than directly emailing you a reply.

It’s always a good thing to review this topic:

NOTE: I originally posted this article back during 2012 (time flies!). I just re-read it now 4 years later and felt it worthy enough of renewed discussion. So bear with me through the nearly 2,000 words of opinion (way more than I usually write per article ;) )

I recognize that statistically, a lot of people live in the suburbs and are in a very similar situation that you are in. That is, you work for a living, you are interested in preparedness, you live in a house – but not with a whole lot of land, you cannot readily move to an ideal location because of your job and your circumstances and the cost of doing so, and you have lots of questions about ‘how’ or ‘what if’ this or that…

We all face a number of risks together, some are potentially wide reaching while other risks that are more local.  All of the risks that you can dream up, each have their own likelihood of actually occurring, or occurring in your lifetime. And each of those risks will have effects that may vary extremely widely compared to each other (some worse than others).

The decision to Bug-Out or to stay put and Bug-In, depends on a number of very important factors, not the least of which is ‘how prepared and capable are you to actually successfully bug out?” and “for how long?” and “how bad is (or will be) the unfolding disaster?”

I will make a very general statement that for most end-of-the-world, apocalyptic type disaster scenarios, your survival will likely depend on you bugging out of your suburban home if you live in population-dense suburbia. For city dwellers, the answer is a no-brainer… ‘get out’.

I will also make another very general statement that for most likely-to-occur disaster scenarios (which are not quite so apocalyptic), your survival should be assured if you ‘bug in’ and stay put in your suburban home provided that you have adequately prepared.

We could all argue the exceptions to these two general statements, of which there are many.

For example, it is not unreasonable to imagine that following a major EMP, a suburban neighborhood of like-minded, and sufficient number of motivated people who have prepared for disaster (or even a banding together of like-minded neighbors) to successfully acquire what they need for short term survival – while also planning a longer term solution by utilization of the resources that they have and the property that they live on. Security would be of paramount importance (which it always is during desperate times), followed by all the details and capabilities of building and implementing a survival plan.

It is also reasonable to imagine how suburban homes will be ransacked during end-of-the-world type disaster scenarios as desperate people and gangs of people will do desperate things to survive, assuming no help from the government. The sheer number of people today who do not know how to live without ‘the system’ have NEVER BEFORE been challenged in a very big way. We already have an idea of what would begin to happen after a week or two without ‘the system’ based on what we saw following Hurricane Katrina and Hurricane Sandy. Looting. Desperation. Cold. Misery. Social chaos begins.

There are far more ‘lesser’ disasters that are likely to occur (compared to the worst-case-scenarios) which you could survive with relative ease by being prepared at home. It is often more sensational to discuss or write about the apocalyptic type scenarios, but the fact is though that although several of these worst-case scenarios could indeed realistically occur in our lifetime, chances are that some of them might happen in a sort of ‘slow motion’ as they unfold – giving more chance for survival at home in suburbia.

Of all the disasters, those that wipe out your power, the electrical power grid (regional or worse), will result in worst case scenarios. Electricity is what keeps countless 100’s of millions alive. How many of us could truly survive for long if all the power goes out? People will stay put until they run out of food and water. Then what? They will either die, or their instinct to survive will bring them out in search of supplies. This is the dangerous period of time (before the first wave die-off) when you will be the least safe in your suburban home. If you had bugged out to a more rural location (assuming you had a thought-out safe place to go), you will be less likely to encounter the initial wave of desperate people. Your rural location will probably not save you from a 2nd wave of those who have made it through the first and are venturing out further. But that’s another story…

You mentioned using a generator, and your concern that it would just be a “please come loot this house” sign. This will likely be true at some point during an unfolding major disaster. The question is… when? How long will it take? Certainly the longer that time has passed without power, the more likely you will draw attention to yourself. Unfortunately most generators are very loud. I happen to have a very quiet Yamaha 4500, the quietest on the market, but even it isn’t that quiet to go undetected (when everything else around you is quiet). I don’t foresee problems using a generator unless the duration of the disaster becomes apparent to everyone that truly the S is hitting the fan (realization of a long term and disastrous outcome). This would have to be something major like an EMP attack (or natural EMP from a major solar flare) that knocks out the power grid and electronics, etc.

Let’s touch on bugging out…

If you felt that you had to, where would you go? You need to have a very clear answer to this question, as well as a Plan B or Plan C. I hope you are not envisioning bugging out to ‘the woods’. You will not survive there, unless you are part of a very small percentage of people with adequate wilderness survival skills. If you have a friend or relative’s house in mind, then you better be sure they will take you in. Bugging out is the least attractive option, unless you are fortunate enough to have built up a secondary location that is stocked and ready to go. Most people do not have the financial resources to do that… buying a 2nd home or cabin somewhere in addition to their primary residence. Even if you are planning to stay home during a disaster, you should still have a bug-out plan. You must think about it, and decide on some options as to where you would go.

So I have rambled on a bit, and still haven’t answered your question of advice for a young couple in a suburban house.

Open your eyes and ears to the risks that we are facing as a nation and a world that is intertwined. How? Go beyond the main stream media (alphabet channel soup) and find an array of alternative news sources. The more variety, the more likely you will find some truth. Don’t trust everything that you hear or read. Be skeptical about everything that you hear or read. If your gut tells you something, it’s probably right. When you find the ‘truth’, it usually has a ring to it, so to speak. You will know. Apply your common sense.

You are young. Do your very best to stay out of, or minimize your debt burden. Debt will keep you from obtaining self reliance. Trust me on this…

Identify risks and begin thinking about them. Think about ‘what if’ scenarios, and how you would get through them.

Make a list or plan as to what you need (skills and/or materials) to implement a survival plan.

Learn how to do things yourself. Learn skills that utilize your own hands. Don’t be afraid to get dirty.

Learn the basics, things our grandparents do (did) on a regular basis as part of their daily routine.

Buy books on these subjects. Build a reference library with them.

Then go after it. Don’t be overwhelmed. It’s not about hoarding, so much as it is about knowing ‘how to’ stay alive under various circumstances. Knowing how to adapt.

Start small. Build a supply of food and water. Later, build it bigger.

Learn how to grow your own food, even if it is a small garden. If you don’t have room for a garden, at least experiment with a container garden to give you some experience. I know winter is coming now as I write this post, but think about it this winter and start early.

Imagine your life without electricity. Then discover the non-electric appliances, tools and supplies that you will need to help you through it. Then go out and get them. Use them. Practice.

Browse this website for more ideas. We have more than a thousand articles here so far (update: up to 2,300) – not all of which are directly related to this subject, but lots of it is. Browse other websites for ideas. Read. Learn and do what feels interesting for you.

By the way, I believe that some of the disagreement out there on the bug-in or bug-out subject may have to do with the various assumptions that are being made for the disaster itself and the assumptions made regarding the suburban home and its location. These assumptions are crucial to the decision. Assumptions need to be clearly defined, and if they are not, then the decision becomes unclear to the reader.

Wow, that was a long winded answer ;)