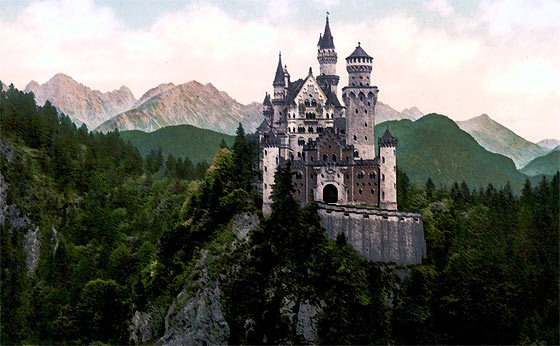 As we increasingly move into an uncertain and dangerous world, for many of us our homes will be our last refuge of safety and security.

While the ordinary home at a minimum provides shelter from the elements, the fortification of the home will become (and is becoming) an important and even crucial aspect to deter or defend against human elements who wish to steal or do harm.

The environment is already dangerous to an extent. It will become ‘orders of magnitude’ worse during societal collapse conditions. Will your home be safe from the elements then?

For example, lets say that society (for whatever reason) has crumbled into social chaos which has badly affected the ability to acquire one’s daily needs. Vast numbers of people have subsequently become hungry and desperate due to the lack of reliable supply and distribution. Maybe there has been some help but it has not been enough. Or maybe the help has run out or has run low. The government has not showed up in the community and there has been no definitive word whether or not they will show up at all with truckloads of food and other needed supplies.

Those who are inclined to be more aggressive will be out first on the streets and neighborhoods looking to resupply – always on the lookout for food. As others become increasingly hungry they too will hit the streets in search of food and supplies.

One might expect that all grocery stores, convenience stores, etc.. will be hit first. It won’t take long to clean them out. Then what?

They will begin prowling homes. Even the homes in your neighborhood. Even YOUR home.

How will they do it? Some, especially in the beginning, will knock on doors asking for handouts. If they receive a handout, I suspect that they will soon be back for more. I’m not suggesting one way or the other what to do – that’s a personal choice – I’m just saying…

Additionally, it won’t be long after the first knock on the door — there will be yet another knock, this time from someone else. And so on… What then?

It may eventually reach a point where there will be no knock on the door as the street danger increases. With little or no warning the takers will be on the hunt and may break into your neighbor’s home and then your home to “take”.

It’s bad enough that home burglary is a problem already (obviously much worse in some areas than others). However when you couple that particular bad element with desperation, there’s going to be a whole new set of problems…

And in fact, it will likely get violent.

People today are already on the edge. When I travel outside of my rural area I especially see the aggression, the bad behavior, the rudeness. When these same people become increasingly desperate, there are going to be fireworks. And it won’t take long.

How are we to defend against it from the standpoint of our homes?

First, obtain your own long-term food storage supplies so that you will not become one of them!

That said, how does one turn their home into a fortified castle?

While many of us might envision a tall stone castle surrounded by a moat with a drawbridge (complete with fortified defensive batteries), this is likely beyond the budget!

Absolutely #1 in my mind is to move out of densely populated neighborhoods or regions. Those places are going to become incredibly dangerous if and when societal conditions cross the threshold of civility to social chaos.

While your commute to work may be longer, living more rural – outside the madness – may be the difference between those who make it and those who don’t. Of course there is LOTS MORE to it than that, but at least you will stand a chance.

Gate, Fencing: If you have your own long driveway or road that leads to your home, consider installing a gate. Something solid and well secured – like a big heavy swing bar crossing the road. You might normally leave it open, but if a time comes when you want to deter people or vehicles, there is nothing like a big fat message that is sent when one approaches a closed gate (coupled with appropriate signage for more effect).

Doors: The first level of securing one’s home is to ‘harden’ your doors and locks. You might even replace certain doors with stronger doors. Long screws in heavy duty striker plates that go all the way into the framing. Install a deadbolt to augment your existing door lock. Use a door security bar which is very, very effective from the door being bashed in.

A dog: They bark. It’s like having another body on security.

. They will psychologically deter. Not only will they deter when attached to your house, but installing near the entrance to your property sends a loud message.

Window barriers: You might consider securing 1st-floor windows if it really gets bad… Plywood (or other materials) to use as window barriers (especially for 1st floor) for when it really hits the fan… though it won’t stop bullets.

Bullet resistant walls: In fact most homes are like soft butter to bullet penetration. Think about how you might go about establishing a safe area to defend from. What materials might you use to provide some level of bullet resistance? Here’s an article on Bullet Resistant Wall Construction.

Arm yourself: For goodness sake, always be armed during these conditions.
Handgun on your person and rifle within reach.

Security checkpoint: The idea is to stop the bad element before they have the opportunity to get close to your castle. Intercept others coming to your home at a checkpoint away from the home (e.g. at the beginning of the road-driveway). Establish a defensible position there if possible or applicable to your site layout.

Night Vision: If collapse conditions become truly awful to the extent of total SHTF, night vision will be a must. Those who don’t have it will not make it against those who do. Period. It is a game changer and a big force multiplier. They are expensive. However those who are prepping for level-3 and level-4, find a way to make it happen.

One of the best sources for night vision is from Bob over at ReadyMadeResources.com, and if you ever purchase from him, let him know I said hello from Modern Survival Blog. I visited his place earlier this year and thoroughly enjoyed the stay.
U.S. MADE NIGHT VISION, Helmets & Accessories

I’ve reached 1,000 words and have thrown out some ideas to help get the wheels turning. Now it’s your turn. How might we transform our homes into castles while preparing for a level-3 | level-4 collapse?