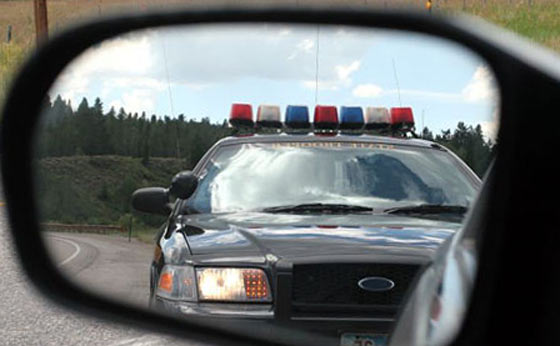 Ever get pulled over by the police? Most of us have at one time or another. What was the reason? Was it one of these?

Avoid these top 5 things and you will greatly lessen your chances of getting pulled over by the police! Who wants to get a ticket, right?

Yes, there’s a “buffer,” perhaps 5-7 mph, but the decision to cut a speeder some slack is up to the officer’s discretion. Not only are you vulnerable on the freeway, but pay attention to speed limit changes while on secondary roads, which sometimes change unexpectedly and often.

An improper lane change means cutting someone off or changing lanes without looking first. Failure to signal can also be added to this ticket, but it usually doesn’t initiate the traffic stop — partly because the failure to signal is so common.

Note: This list of reasons for getting pulled over by the police is a result of a study by edmunds.com with three different police agencies.

For those of you who’ve been pulled over, anything else to add to the list above?

I know we have a number of LEOs in the audience… do you agree with this list?
Anything to add from your perspective?

Will having the following decal on the back of your vehicle actually help?
Thin Blue Line American Flag