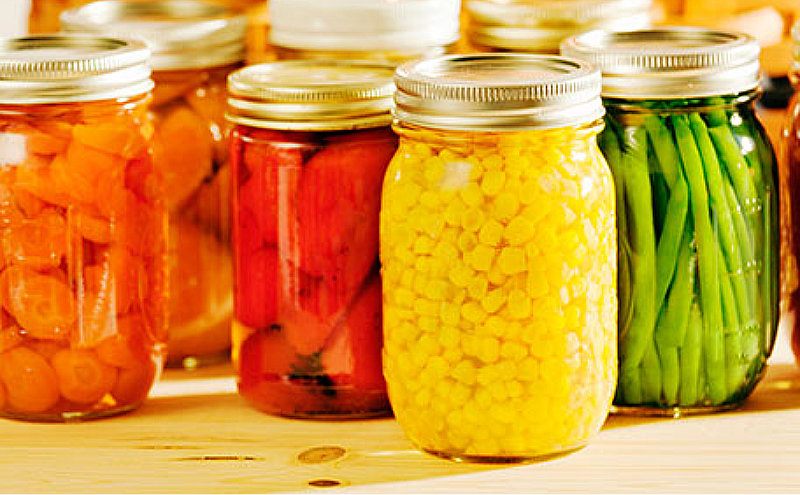 Lets talk about botulism as it may pertain to home canned foods, or even commercially canned foods. There’s lots of great and reliable sources on this subject. However I would like to take that information and present it as simply and practical as possible. Don’t let this scare you away from home canning! It’s a very rare thing these days for botulism toxin poisoning from home canning. Why? Because there are well established recipes and processes to assure safe home canning!

I also have this one, the best resource for everyone who is home canning:
USDA Complete Guide to Home Canning

Listen, if you have the proper functioning equipment and have followed the recipe/directions according to the Ball guide, and/or USDA standards, you do not have to be concerned about botulism in your home canned foods. Why? Because those directions will absolutely destroy botulism spores.

Okay, now let me try to explain about botulism as it relates to safe canned foods. Technically, it’s called Clostridium botulinum. But hereto forward, to keep it simple, I’m just going to reference the spores and toxins. One leads to the other, which results in botulism poisoning.

When it comes to proper temperatures to destroy it, you need to understand that we’re talking about two things here… the spores, and toxin.

“Although the bacteria and spores alone do not cause disease, their production of botulinum toxin renders them pathogenic. Botulinum toxin is an extremely potent neurotoxin that causes botulism, a serious paralytic condition that can lead to death.”

The minimum temperature and time to destruction is different for each (spores vs toxin).

Under the right conditions, botulism spores will eventually create botulism toxins. The toxin is the bad thing. Therefore, we want to eliminate the spores so that there will never be any resultant toxins.

Again, if the spores are present and not destroyed during the home canning process, they will later produce the toxin. It is the toxin which is the dangerous thing. Potentially causing paralysis and death (emergency rooms have the antitoxin). Therefore it is essential to destroy the spores so there’s nothing to produce the toxin. It’s not hard to do! Don’t be scared…

From the National Center for Home Food Preservation:

Pressure canning is the only recommended method for canning low-acid foods such as meat, poultry, seafood, and vege­tables.

The bacterium Clostridium botulinum (the spores) is destroyed in low-acid foods when they are processed at the correct time and pressure in pressure canners.

“Killing botulism spores is a time and temperature relationship. It is also heavily influenced by the properties of the food. This is why we do not have one process that is applicable to all low acid foods.” (from UC Agriculture and Natural Resources)

The processes for low acid foods can range from 20 to 100 min at 240 to 250 F. Altitude affects the maximum temperature achieved and can thus impact processing times. Higher altitudes require longer processing times.

Water Bath canning (boiling water) only reaches 212 F. That’s not hot enough to destroy the spores that lead to toxins and botulism. However a pressure canner (water-steam under pressure) will increase the temperature. Pressure canners will reach 240 to 250 degrees-F at proper pressures.

The simple fact is this… If you have followed the recipe (pressure and time), and have used the proper functioning equipment, you have nothing to worry about regarding the process itself.

Now that we know what it takes to destroy the spores, what if something went wrong, or out of an abundance of caution, what would it take to destroy the resultant toxins?

We’re talking about canned foods that have already been processed/canned. (Even commercially canned foods).

NOTE: If something went wrong while home canning, that’s on you. If a lid didn’t seal (for example) either re-can within 24 hours or consume the food. If you later discover a lid has not sealed, throw it all out. Common sense stuff. Follow the proper canning recipes along with using proper functioning equipment. This will assure no issues from the processing itself.

Okay, the toxins. We’re not talking about the spores (which require high temperature ~240-250F during pressure canning to destroy). Rather, what does it take to destroy the resulting toxin…if it exists.

Note: Technically, the toxin is not alive so it cannot die. But it can be inactivated. It is considered heat sensitive.

Internal Temperature of 185-F or Boiling for ~10 Minutes

The CDC states “Despite its extreme potency, botulinum toxin is easily destroyed. Heating to an internal temperature of 85°C (185° F) for at least 5 minutes will decontaminate affected food.”

If Clostridium botulinum bacteria survive and grow inside a sealed jar of food, they can pro­duce a poisonous toxin. Even a taste of food containing this toxin can be fatal.

Boiling means that you are able to see the liquid in the food actively forming large foamy bubbles that break all over the surface.

The USDA, which is the overriding authority, says, “All low-acid foods canned according to the approved recommendations may be eaten without boiling them when you are sure of all the following:”

Low-acid foods have a pH level greater than 4.6, which means they are not acidic enough to prevent the growth of botulinum bacteria. Examples are:

Why do I need to use a pressure canner for these foods?

Because it can reach temperatures above boiling, which is necessary to kill botulism spores.

Though it is a good safety precaution, do not rely on boiling your home canned food prior to consumption to destroy the toxin. Instead, use a pressure canner and do it right.

Though not necessary if you’ve done it right, you might consider boiling your low-acid canned foods for 10 minutes before consuming.

[ Read: All American Pressure Canner (That Will Last Forever) ]