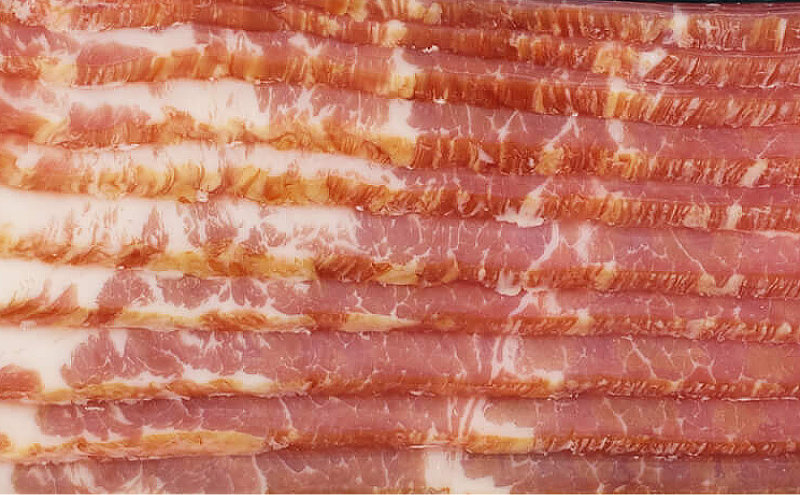 The following ‘how-to’ article submitted by ‘DoubleTap’, is his experience of canning bacon. Many people successfully can bacon at home. With that said, canning of ‘cured’ meats is not officially supported by The National Center for Home Food Preservation. “The only tested, safe recommendations that are currently known to all reputable authorities are for fresh (as opposed to cured) meat home canning. These recommendations were researched and developed from the 1930s to the 1950s, which is the last time the US government decided to invest a small amount of money in home meat canning research (they were reviewed in the 1980s to ensure that they were still valid.)”

Okay, with that out of the way, here’s the article:

I have come to love pressure canning meat. I regularly do Chicken, Beef, & Sausage. Being able to have the meat put up and shelf stable really puts the mind at ease.

Recently I’ve thought to try canning Bacon. What a great thing to have stored away. Commercially canned bacon can be quite expensive, and like all commercially prepared foods, you don’t have control over what’s included.

Doing your own gives you that control and knowledge of what’s in the food you eat. Plus, if the food supply chain were to break down completely, imagine being able to have your own supply of good bacon put up. Not to mention it’s potential for barter. Jar of Bacon for a bottle of Bourbon anyone?

Use Thick Cut For Canning Bacon

I started off with some 2-pound packages of Thick Cut Bacon. Make sure you use thick cut, as I’ve read that the regular tends to disintegrate more easily during the canning process.

I used parchment paper. It just happened to be the right width so that the bacon fits perfectly across. I measured roughly 18 inch sheets for length.

I laid out the bacon strips on the parchment paper and got roughly 10 or 11 slices per sheet, depending on the width of the slices.

Then I took a second piece of the cut parchment paper and covered the bacon.

Since I couldn’t find my yard stick, I used a dowel to help with folding the package in half.

I then started to roll the bacon onto itself, keeping the roll as even as possible, tucking in when needed. Don’t roll it too tightly, but snug enough to be able to fit into the wide mouth quart jars. I ending up with a nice rolled pack of bacon.

After sterilizing my jars, I was able to slide the bacon rolls right in. Put them in so that the open part of the parchment paper is facing down. This allows the bacon fat to collect in the bottom of the jar and can be used after the bacon is gone. If you can’t fit it in, try rolling just a bit tighter, not too much, or unroll and remove one slice of bacon.

I used four of the 2-pound packages and with either 10 or 11 slices per jar, ended up with 6 jars of bacon goodness. Some might question the cost versus only having a smaller amount per jar, but I’m thinking about just having bacon in the storage just in case. Plus you can always use it for a quick BLT if you don’t have any fresh packages around.

I processed the jars in my Pressure canner, using the regular procedures, at 11-lbs pressure for 90 minutes. I then let it cool naturally, listening for that happy popping of the lids after I took them out of the canner. You can see that the bacon fat drains to the bottom of the jar. That will harden as they cool down and can be used later on as well.

[ Ken adds: The potential issue with canning cured meat is that the curing changes the density of the meat. And the changed density was never tested for safety by the NCHFP. Logically (maybe) that heat penetration may be slower, perhaps necessitating longer processing times. But again, they simply never tested this, and people do it all the time. With that said, processing an additional 10 to 20 minutes may be considered… Anyone else out there with experience processing canned bacon to shed light on this? ]

My only regret when documenting all this was that I forgot to take a picture of the BLT’s I made the next day to test it out. The dear wife walked into the kitchen and asked me if I was really making a 3rd sandwich. A few minutes later she walked back in and caught my hoovering the bacon crumbs off the plate J

My All American Pressure Canner that will Last Forever