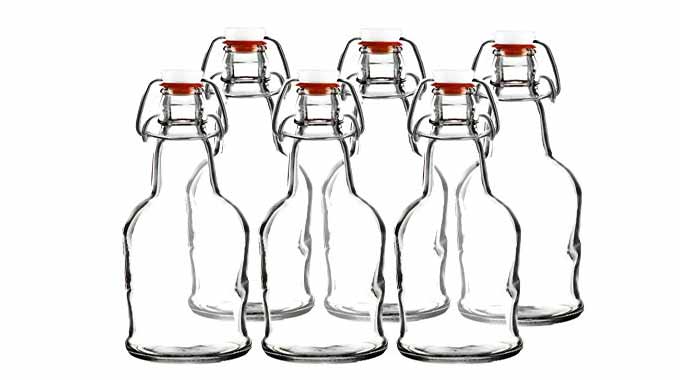 Make soda yourself. Did you know that you can do it yourself? People have all sorts of skills and abilities for the sake of preparedness. But I found this one to be interesting when one of our MSB readers emailed me this: How to Make Your Own Soda for TEOTWAWKI.

Several months ago I embarked on a journey to make soda. After my first failed attempt to make soda, I spent many, many hours in research. I have concluded there are three ways to make soda.

The first being the most expensive as it involves CO2 to carbonate the soda. Besides being expensive you would also need to be able to acquire CO2 after the SHTF. I scrubbed that idea immediately.

The whole idea for me is to make it a level 4 skill on the preparedness scale. Having to acquire something that may or may not be available leaves you open to failure.

The next option was to make your soda with the yeast and whatever flavoring you plan on using with sugar and water. Then put the mixture in a 2 liter plastic bottle and put the cap on tight. Once the bottle is very firm, the soda is ready.

My experience with plastic bottles has not been favorable. You might be able to use this method for a year or more until the bottle fails.

The third method is from my own testing. I use glass bottles with the swing top cap. Since I have been making Kombucha and beer I already had the glass bottles. These are 16-ounce bottles.

When making soda use champagne yeast as it is a very light yeast and you won’t taste it in the finished product. You won’t need a lot of yeast to make soda. I am still working with my first envelope of yeast.

“Level-4 is the ultimate in preparedness. To transition from being supplied and secured for 1 year to actually being relatively (and truly) self-sustaining is huge, and VERY difficult.”

The above quote was from Ken’s article from May 23. I am going to show you how to make it self-sustaining.

After all the research, I concluded that the safest way to make soda is to make seltzer first. Then like the soda stream you add your seltzer to a concentrated soda flavor.

To make seltzer, first put one level teaspoon of sugar in each bottle. Please use a measuring spoon as this is the most critical part, too much sugar and you could have a dangerous situation on your hands, not enough and it won’t be fizzy enough. Make sure it is a level spoonful.

Then fill the bottle with lukewarm water leaving 2″ of air.

Next take a pinch of yeast and sprinkle it on top. Then seal it and shake it. Don’t worry about not using allot of yeast. Once those little granules become active they will reproduce more yeast.

Now just set your bottles aside somewhere where the sun won’t hit the bottle.

Over the next week or two you will notice that the water is now cloudy. This is normal as the yeast explodes in population and they are all searching for and consuming the sugar.

You will know when your seltzer is ready when the water clears again.

Now you can drink it as seltzer or add it to a concentrated flavoring to make a soda. I made ginger ale by mincing fresh ginger and simmering it with water for half an hour then sweetening it with honey. I only needed to add about 2 tablespoons of this to the seltzer to transform it. I also purchased a couple of premade concentrates to try as well. Just remember, the less concentrate you use, the more carbonated your soda will be.

Now you’re probably wondering how is this a level 4 skill. First of all, I experimented with using sugar, maple syrup, and honey. They all worked fine to carbonate the water. You will use a level spoonful regardless of which sweetener you use. Some of you may have a renewable source of sweetener such as honey bees, others make maple syrup.

When you are out of yeast you can leave about a half of an inch of seltzer in the bottom of the bottle when you open it and just refill it with water and whatever sweetener you are going to use and that is it. There will be enough yeast left in the bottle that they will once again take over.

I was going to try and experiment with larger bottles however, after I had made several 16 oz. bottles I noticed that once opened the fizz doesn’t hold up as well as commercially made soda. So I think the 16 oz is probably the best size as you can drink it in one sitting.

A couple of notes: If you have city water, make sure you allow your water to sit for 24 hours to allow the chlorine to evaporate, as it will kill your yeast.

Next make sure that your water is not too warm when adding the yeast. Too warm and it will kill your yeast.

The time for each bottle to be ready varies. Amount of yeast used, and ambient temperature of the room all play a part in how fast the yeast works. The average is about 2 1/2 weeks.