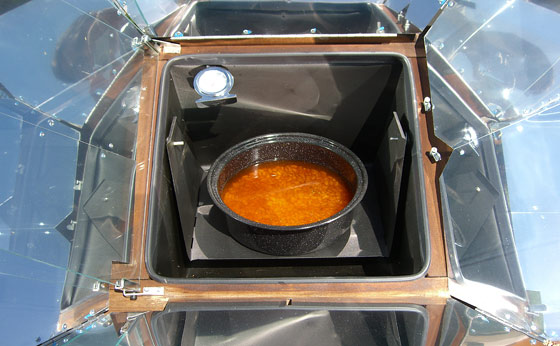 So – along with your other food preps, let’s say you’ve stored countless pounds of dry beans. Have you considered alternate methods to cook them, just in case?

In the event that you cannot cook your beans over an electric stove (grid down; collapse), or if you no longer have gas or fuel to cook them that way (you’ve run out), one way to cook your beans is with a solar oven. Here’s how…

It is amazingly simple! You literally can’t go wrong.

Set your pan of beans (and added water) in the solar oven and forget about it… at least until you’re ready to eat.

A solar oven is like a slow cooker or a crock pot of sorts – for the most part you cannot burn your food. It doesn’t get hot enough to burn but plenty hot enough to slow cook.

When you put a covered pot of food in there, the heat and steam will remain in the pot keeping the food moist while it slow cooks for several hours or more in the sun.

Here’s how simple it is:

Pre-soak the beans in water overnight.
Add the beans to a dark colored pot (with a cover).
Cover the beans with 1 to 2 inches of water.
Add spices or other ingredients according to taste.
Set it in the solar oven and forget about it for hours…

As with any solar oven you will need to align its position-angle with the sun to maximize the solar heating efficiency — and it will help to periodically readjust the oven position every so often as the sun traverses the sky.

What I’ve done in the past when I knew that I would not be around to reposition the solar-oven-mirror angle, was to first line it up directly with the sun, but then continue to shift (advance) its position-angle to where it will become optimized in about an hour. This gives me an approximate 3-hour time frame where the solar cooker is getting some serious heating.

The efficiency of solar oven cookers vary widely depending on its type, its design, and other factors. Having said that, unless you have a highly specific solar cooker – most of them are like slow cookers and you don’t have to be terribly concerned about tending to the oven other than an initial alignment. An occasional shift of position will keep it optimized with the sun’s rays.

I have built several homemade solar ovens over the years. They’ve all worked.

My primary solar cooker though is my Global Sun Oven.
I’ve had it for years and it has cooked many a meal. You get what you pay for… 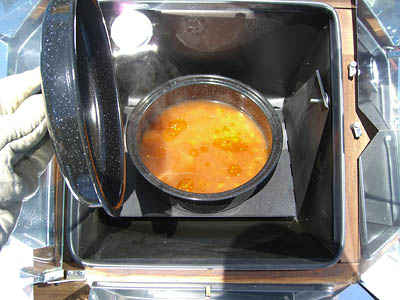 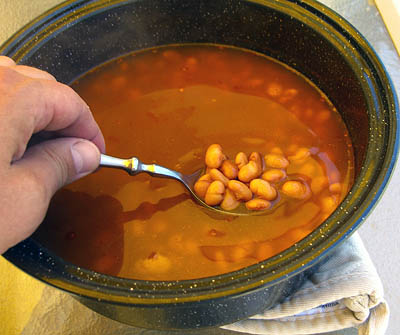