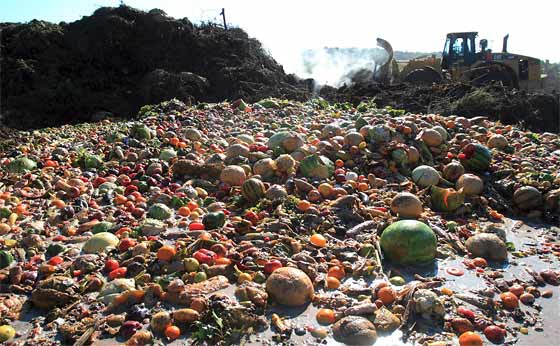 It’s pretty amazing when you think about it. Today’s modern world is overflowing with the availability of food. There’s apparently so much of it, that lots get thrown out. We sure are spoiled in this regard (pun intended).

Avoidable Food Waste is made up of food items that could have been eaten if they had been managed or stored better.

The food may not have been fit for consumption at the time of disposal because it had gone moldy or had been spoiled or it may have been thrown away because it was no longer wanted.

The Waste and Resources Action Programme (WRAP), a British nonprofit, conducted a detailed analysis of avoidable household food waste in the U.K.

This list is likely very similar to what we in the U.S. waste too…

The following is a list of the top 20 types of avoidable food waste:

Top 20 Foods Thrown In The Garbage

The End of Food

From the garden (or store) to the table – food being a preparedness resource – should not be wasted if we can help it. We should develop habits that enable us to more efficiently utilize and consume what we have.

I generally found this data to be interesting, although not surprising that so much food gets thrown out. One wonders what would happen if and when there are real food shortages.

How many of you notice food getting thrown out?

How often have I seen someone buy food for their kids (for example) and after eating a bite or two the rest is tossed out because they don’t like it. I’ve seen that a lot.

I have known people that simply will not eat ‘leftovers’. They’ll toss it in the trash instead.

What are your examples of food waste that you’ve witnessed?