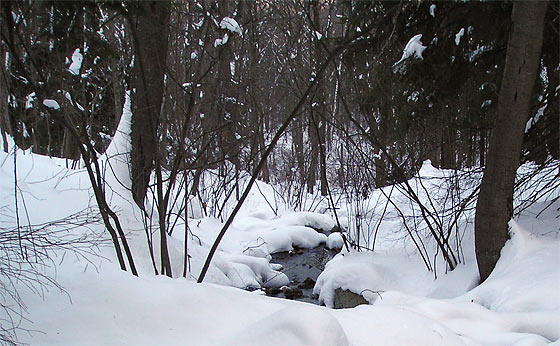 I had a recent experience that I want to share, given the reinforcement it will provide for ‘lessons learned’ both literally and metaphorically.

As often as I can and weather permitting, I enjoy a near daily hike somewhere out on the property. It’s not only good exercise but it further familiarizes me with the hidden acres out there, the ‘nooks and crannies’, as I enjoy being outdoors, the wildlife, and other things and hidden treasures that I meet see.

The sequence of events:

I told Mrs.J that I was going out for a hike.
(Important to tell someone that you’re doing something like that)

I told Mrs.J approximately WHERE I planned to hike.
(Equally important to let someone know when possible)

Even though I only planned on being out for about an hour, I geared up with my ‘every-day-carry’ for this particular regular event…

Knife (with a FireSteel)
Lighter
Pocket flashlight
Handheld GPS (although I know the area – it’s just ‘for fun’ ;) )
Compass (backup for GPS)
Whistle
2-way GMRS radio (home & mobile we always monitor the same channel)
Handgun (there are predators out there)

I also had my ice-cleats strapped on to my boots.

I decided to walk down past our natural spring (our water source) into a particular area that I have not yet explored in detail. While following the contour near and around the bottom of a particularly steep hill I noticed some exposed water up ahead. We have a few small brooks and streams that flow on the backside of our property and this was a new one for me…

The snow was about a foot deep and the brook only looked a few feet wide. I figured that I would carefully approach and cross over. After taking a few more steps my left foot suddenly dropped several inches as I heard ‘crack’ when an apparent ice sheet snapped under my weight.

Having suddenly been thrown a little off balance I instinctively thrust my right foot for better footing so as not to fall down. Well the force of that step broke through the ice and down into a bog of cold mucky mud. My foot sank over the top of my boot and I was still sinking into the muck like quicksand.

Immediately I sat down and spread my weight more evenly, which stopped the downward pull…

First I calmed myself as visions of being stuck out there first crossed my mind, including the thought of becoming a fossil deep down in the mud and being discovered a thousand years later by some archeologist.

Knowing that I had my 2-way radio with me was a HUGE relief. I mean that was the biggest calming asset that I had at the moment… I knew that I could easily contact Mrs.J back at base and describe my location.

I tried to lift my foot. Not happening. It was no different from being stuck in cement.

Fortunately the rest of my body was not in the mud, just my foot, so I was able to use my arms to grasp under my leg just above the knee and PULL without sinking my butt into the muck.

It took FOREVER (seemingly) but I was able to slowly pull my foot out of the cold wet muck.

So what are more lessons learned?

When in the snow and especially unfamiliar areas, you don’t know exactly what’s underneath. I knew that there was no water deep enough to get into serious trouble, but I did not know that there apparently is a bog of ‘quicksand’ out there!

If you see water ahead, take special notice of your footing!
When in doubt, get the heck out…

What if I could not get my foot out of the muck?

If I did not have the 2-way radio, and if I had not told Mrs.J approximately where I was going, it probably would have taken some considerable time to find me.

Note: Having an ordinary whistle could be a very important asset if lost or stuck in the woods! Continuously shouting for help will not be nearly as effective because the sound of your voice will only travel a fraction that of a blasting whistle. Plus you will fatigue far quicker.

Observation: You can be walking along or moving about during one’s ordinary day and in the blink of an eye you can be in unexpected trouble. This is where an every-day-carry kit ‘might’ come in handy (depending on the trouble).