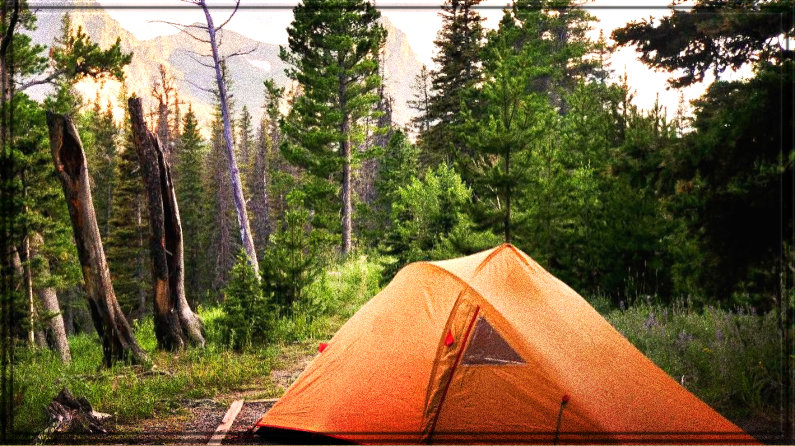 Here’s something to think about. Camping is fun, right? Untold numbers of people take a camping vacation each year. It’s a enjoyable experience to get away from work and out of suburbia – to relax while “getting back to nature”, feeding our “cave man” calling, right?

Maybe it’s the engineer in me, but for me, much of the fun is within the process of “setting up camp”. Even when it’s done, it’s never really done. I will find myself fiddling around with this or that, improving one setup or another – always something to do when building one’s castle – even if for only a week or a weekend…

I have lots of memories of camping trips, beginning early during childhood. There’s just something about the experience that resonates. I’m sure that most of you have enjoyable recollections too.

But here’s where I’m going with this…

A recent comment on the blog re-kindled what I’ve thought about before:

I feel some (not saying on this site) think a shtf would be like camping, easy, enjoyable, etc. but you’d have to factor in once rule of law is thrown aside, bad people are going to do bad things. Even people that one may think are good, may test and try that little thing that is inside them that they’ve hidden.

There are two points that I would like to address. And this is relative to a hypothetical scenario that so many ‘preppers’ hypothesize about: some sort of disastrous collapse event that brings it all down while everyone ‘hunkers down’ for a long period of time.

Most people live in urban and suburban areas. A small percentage of them are preparedness-minded ‘preppers’. Some of them have thought through what they would do if a worst-case collapse scenario were to evolve.

Some will hunker down where they are, at their own home, even though within population-dense ‘suburbia’ or urban. I’m not suggesting one way or the other if this is a good idea (there are lots of articles on this blog which noodle through this notion).

Others are planning to ‘bug-out’. To ‘get out of dodge’ where it may be ‘safer’ with a better chance of long term survival.

Some of the latter group will go to ‘Uncle Joe’s’ farm out in the boonies. But others in the latter group are planning to ‘bug-out’ to some campground, park area, or other such rural or wilderness location and ‘survive’.

Bug-out to some Campground?

I’m not suggesting that it can’t be done (camp survival for a long term duration). But I’ll bet that most will not be successful at it, after awhile.

We have romantic notions of camping. The good times. How fun it was. But let me tell you, think about trying to survive for weeks upon weeks at your camp. Can you imagine the difficulties that will creep up? The things you will have to deal with in that environment?

Water! Okay, maybe your ‘bug-out’ camping area is right near water. Good! Otherwise you will NOT make it. I’m assuming you’re geared up with filtration.

Food! Here’s where it gets mighty tricky. How much food can you possibly take with you on your ‘bug-out’? Certainly not enough to last long-term. What are you going to do when it runs out? Fish? Hunt? Do you really think you’ll be successful keeping your belly full?

Shelter! Are you in a tent? How’s that going to hold up when the weather gets bad? Cold yet? What time of year is it? Maintaining a safe body core temperature is extremely paramount to survival.

Security! This was my second point. It’s going to get dangerous. How long until real danger sets in will depend on your location and vicinity to others. I’m telling you, “if” this hypothetical collapse actually ever happens, regardless of the trigger or circumstance thereof, desperate people WILL do desperate things. How are you going to deal with that? Got enough 24/7 security?

There are so many other additional challenges that will arise while bug-out camping. Sanitation. Health. OPSEC. Insects/bugs/snakes/bears/. It will be anything but easy. Not fun after awhile. Not like vacation.

Bug-out Camping may not be a good idea

I am suggesting for those who may be considering ‘camping out’ as their SHTF ‘bug-out’ plan, you might want to reconsider. At least look into other options.

“Uncle Joe’s” farm may be a better idea, so long as he’s alright with that…

Sometimes people that we know (who know we’re ‘prepared’ despite our OPSEC) may joke about staying at our place if it all comes down (similar remarks probably have been made to some of you too, right?)… and I’m sure that most are said simply in jest. However depending on if and when and who shows up, they might be in for a surprise.

Okay, lets try to generally stick to the topic of ‘bug-out’ camping. What do you think? How long might one survive while trying that? It depends, right?

Continue reading: Bug-out in a Trailer or RV?

Camper or RV preparedness | What to bring?

When it Hits the Fan, What You Have Will Be All There Is