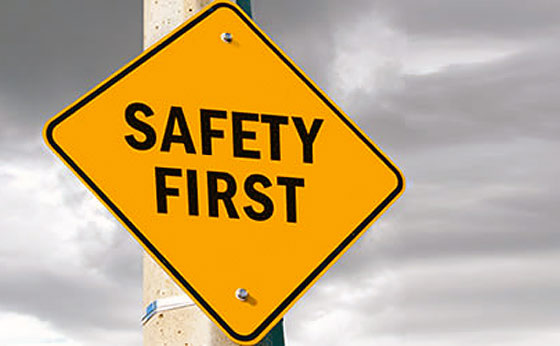 If you are preparedness-minded and fortunate enough to have excess cash funds beyond your bills and obligations, AND if you are very concerned about our economic future or stability (an apparent ‘house of cards’), you might be wondering where to focus your ‘investments’.

‘Diversify’ – Simply don’t put all your eggs in one basket. How many baskets? Read on…

‘Safety’ – The broader consideration, and might encompass many different things.

Note that this is not financial advice, and the presumption in this opinion is that one’s overall debt burden has either already been eliminated or minimized well within manageable limits. I would use excess cash to pay down debt. Whether it be ‘some’ cash or all of it, that’s an individual choice depending on one’s additional needs or goals.

BANKS
Long ago, people used to deposit excess ‘money’ into the bank. The bank used to pay a competitive interest on one’s deposit. Today though, the economic policies are ‘incentivized’ to discourage savings while encouraging spending. Especially spending into debt. I won’t go into the detailed reasons for this, but basically it’s because the Fed cannot raise interest rates without the risk of collapsing a frail and indebted economy which mostly lives paycheck to paycheck – in addition to the fact that the government’s interest payments on its astronomical debt would become enormous. So as a result – the ‘fix is in’ and we will likely see ZIRP (zero interest rate policies) continue into the foreseeable future.

Additionally, ‘if’ the dominoes tip over, there are new policies in place to ‘bail-in’ the banks (as opposed to ‘bail-out’). This basically means that you might have an even lesser chance of ever seeing your money again – depending. I summarized it in this article:
New Banking Rules: Your Money Becomes Theirs In The Next Crisis

CREDIT UNION
Having said that, I personally would be discouraged from depositing too much excess cash into a bank (especially the BIG banks). Instead, I would consider depositing ‘some’ excess cash into a credit union (credit unions are owned by their own membership rather than beholden to ‘the system’). Again, interest on deposits will be miniscule – but at least it will be a safer place than many traditional banks in my opinion.

CASH AT HOME
I also keep a certain amount of cash at home, in a Safe. Personally, I believe that having at least several months worth of ‘bill money’ is prudent – in case of emergency. This cash will also be a general emergency fund which will always be at your fingertips.

CONVERT CASH TO ACHIEVE MORE SELF-RELIANCE
Very generally speaking, I would use some of the excess cash to convert into tangible assets which would help me become more self-reliant and independent from external systems (all of which cost money to access). While it is exceedingly difficult to become completely ‘off the grid’, there are some practical things one can do to lessen one’s dependence (on all sorts of things).

MONEY DOES NOT HAVE TO GO INTO A TRADITIONAL INVESTMENT ACCOUNT
People have been trained to ‘invest’ their money in various traditional investment vehicles – each with their own associated risks. I’m talking about investment funds, etc.. I personally believe that many of these (if not most) are very risky today – given the world we’re living in right now (despite what the propaganda on mainstream TV is telling us). It doesn’t take a genius to figure out the ‘real’ situation we’re in. All it takes is a little motivational ‘digging’ beneath the surface of the mainstream to discover the truths and un-truths.

Having said that though, ‘IF’ the so called ‘economic collapse’ does not come, and ‘IF’ the PTB can keep it hobbled together for many more years while they continue to ‘pump’ up the various bubbles and balloons, then perhaps having ‘some’ of one’s excess cash in a few investment vehicles is a way to stay diversified. In other words, perhaps you hedge your bets. I still would personally stay out of the stock market, but there are other choices out there too…

YOUR HOME
I would rather spend some excess cash on my own situation – my home. Tangible and practical improvements or enablers for self-reliance, efficiencies, security, etc.. If the SHTF, your home will be your castle (as it should already be). If you own it outright (paid off mortgage), any improvements will go directly to you and your life there. If the bank still owns the house, any improvements ‘might’ be lost if there is sufficient enforcement to take it from you after an economic collapse and default. Just saying.

FOOD STORAGE
While this rambling list is not in any particular order, FOOD should be at the top of the list. I would first spend excess cash to build up a food storage reserve. One year sounds pretty good to me… Not that difficult and really not that expensive compared to many other things out there (think about what you currently pay for insurances – health, auto, home, etc..).

GARDEN
I would definitely recommend to spend excess cash (and time) on building a self-sustaining garden on your property. The more you can feed yourself and the less you need to ‘buy’ at the grocery store, the safer you will be during a time of collapse. Tangibles include ‘how-to’ books, materials to build structures (raised beds? fences? green house? irrigation from roof run-off?, all the tools you will need for gardening, food preservation etc..)

ALTERNATIVE ENERGY
This is something that I am currently working on at my new location – putting together a photovoltaic solar panel system to provide adequate energy to charge a battery bank which will then power critical systems in the house. A solar power system can vary from small (less expensive) to very large (lots of ‘excess’ cash required). But in my opinion it is yet another practical tangible asset contributing towards self-reliance. Will the power grid stay up during a time of genuine SHTF collapse or turmoil? Or will it be sporadic? That’s why I sleep better at night knowing that I don’t need the grid.

YOUR SECURITY
Again, ‘tangible’ assets. Security could become a very high concern during a time of very high turmoil. There are lots of aspects to this broad category including the obvious (firearms, ammunition, practice). What about a ‘hardened’ safe room, etc..? Perhaps several 2-way radios for communications. Security cameras? Alarms?

PRECIOUS METALS
Silver and gold. No you can’t eat silver or gold. Instead they represent a mechanism for holding or transferring excess wealth into another system of exchange. Silver and Gold have been (is) ‘money’ throughout all of the world and throughout all of history. You cannot say that with regards to any fiat currency (EVERY fiat currency has and will eventually end up at ZERO). Precious metals tend to rise in value dramatically during times of crisis or when a fiat currency collapses upon itself. While most of us know that the price of these metals have been held relatively low since 2008/09 there may at some point be a trigger which sets this ‘to the moon’ so to speak. I personally am diversified into some silver and gold (physical and within a few investments). Physical possession is the ultimate, while any non-tangible investment (even in metals, e.g. ETF’s) does risk loss if the financial institution itself goes down. Be aware that the extreme conditions which may take the price of metals ‘to the moon’ might be the very conditions which bring down the institutions. Like I said – diversify. There’s risk in everything.

DON’T FORGET RETIREMENT
I bring this up because while many preparedness-minded folks believe that there seems to be no way that the current house-of-cards can stay together forever (and one might be tempted to completely withdraw from the system before it happens), the fact is though that no-one knows if and when it will actually disastrously collapse into a SHTF heap. ‘IF’ it doesn’t and if the decay continues slow and grinding, you might be sorry that you withdrew it all. Don’t blow it all up front and leave nothing as contingency. Diversify into safety, yes, but don’t spend it all at the expense of your future needs. Hedge your bets.

Having said that, a philosophy might be that the more one does (spends) NOW, on things that will reduce future needs for ‘money’, the better off one might be in the future. Reduce expenses and dependence upon the need for a large stream of income. First and foremost should be eliminating debt.

DIVERSIFY INTO SAFETY
Generally, and since we really don’t know what’s going to happen (or not), we must maintain a ‘cool head’ and plan (hedge) for various outcomes. You might choose to do some things in case of a terrible economic collapse (for example) and you might also do other things in case ‘things’ remain as they are. Fortunately, if you spend on yourself and your own preparedness in a practical and sensible manner – you really won’t lose anything. Just don’t spend it all at the expense of leaving nothing else. If you’ve invested some excess cash into traditional investment vehicles and one day it all tumbles down and it’s gone – so be it. Just don’t put EVERYTHING there. If things continue to grind out the way they are now, perhaps those investments in the future will be okay. We just don’t know.

Just focus on safety rather than risky things. This goes for investments as well as expenditures on one’s self-reliance situation. Don’t be frivolous and spend too much on non-practical assets. Think about your safety – both now and into the future.

There’s lots more to this… but what’s your opinion? Additional ideas?