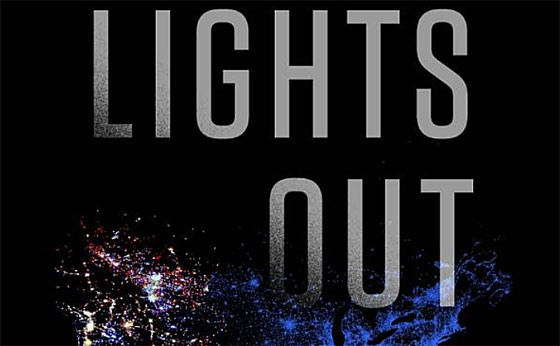 Ted Koppel, the anchor of ‘Nightline’ from its inception in 1980 until his retirement in 2005, is now buying freeze-dried food for his family as a result of recent ominous conclusions spelled out in his book, “Lights Out”, revealing the great dangers that we are facing from a debilitating and potentially very deadly ‘grid-down’ cyberattack. And it’s not science fiction…

The fact that we are utterly dependent upon the power grid for our survival as a nation and a people, exposes one of our greatest vulnerabilities – the constant flow of electricity. Ted Koppel exposes just how vulnerable we really are to a massive cyberattack – bringing it all down…

There are a number of popular fictional books surrounding the scenario of power grid failure and the apocalyptic aftermath thereof, however Ted’s non-fiction book is the first that I am aware of written by a highly regarded mainstream media figure who through his levelheaded talent as an interviewer uncovers a frightening and very real situation that we are facing right now… a cyberattack on our power grid.

Mr. Koppel understands the devastating impact of power grid failure when he writes,

Darkness.
Extended periods of darkness, longer and more profound than anyone now living in one of America’s great cities has ever known.

As power shuts down there is darkness and the sudden loss of electrical conveniences. As batteries lose power, there is the more gradual failure of cellphones, portable radios, and flashlights.

Emergency generators provide pockets of light and power, but there is little running water anywhere. In cities with water towers on the roofs of high-rise buildings, gravity keeps the flow going for two, perhaps three days. When this runs out, taps go dry; toilets no longer flush. Emergency supplies of bottled water are too scarce to use for anything but drinking, and there is nowhere to replenish the supply. Disposal of human waste becomes a critical issue within days.

Supermarkets and pharmacy shelves are empty in a matter of hours. It is a shock to discover how quickly a city can exhaust its food supplies. Stores do not readily adapt to panic buying, and many city dwellers, accustomed to ordering out, have only scant supplies at home. There is no immediate resupply, and people become desperate.

-Ted Koppel (the first few paragraphs of the book)

He states “We have developed dependencies we could not even have imagined a generation ago.” “To be dependent is to be vulnerable.”

While Mr. Koppel exhibits traits of being preparedness-minded, he knows that “the ranks of our enemies, those who would and can inflict serious damage on America, have grown and diversified.” These (enemies) are not just nation states, but they include hackers, proxies, and independent actors who make it difficult or even impossible to know exactly who they are.

While researching for nearly two years, Koppel interviews an impressive number of ‘high ranking’ people who are ‘in the know’, and his thorough reporting thereof reveals alarming and sobering apparent truths.

For example, during an interview with the four star general who commands CENTCOM (United States Central Command), the general put it this way regarding a power grid cyberattack, “It’s not a question of if, it’s just a question of when.”

“The Chinese and the Russians already have, essentially, ‘time bombs’ inside our power grid.” He goes on to say that they probably won’t use them because of our inter-relationships, but if you start thinking about the Iranians, the North Koreans, and groups like ‘ISIS’, they are all developing the same kind of capability and they wouldn’t be restrained the same way that the Chinese and the Russians would.

“What scares me is the fact that people in government…there’s no plan” says Koppel, despite the warnings from high ranking officials of a coming ‘cyber Pearl Harbor’. There is no plan for a cyber attack that would potentially be infinitely longer in duration than disaster from hurricanes, snowstorms, or earthquakes (for example) while affecting more than tens of millions of people.

Ted adamantly points out that we need to prepare for the consequences of a cyberattack and says “We are not ready”. He also points out how we are not a preemptive society, but instead a reactionary society. He’s right on. Very few people think ‘preemptively’ while the vast majority are stuck in ‘normalcy bias’ going about their daily lives ‘reacting’ to circumstances.

After all of his research, Ted Koppel is entirely convinced that ‘something is going to happen’ (cyberattack and power grid failure) and is quite apparently an advocate for preparedness because of it. He knows (as exemplified in the book) that government is in no way ready or capable of dealing with such a disaster, and while he is stupefied as to the government’s lack of acknowledgement to this threat and their lack of action, he is evidently taking responsibility for himself and his family while doing what he can to prepare…

As someone who is actively involved with preparedness, I have been encouraged having read his book that someone such as himself (a major mainstream media figure) is sounding the alarm.

I do recommend his book, “Lights Out”, which reports and explains much more of the technical substance to substantiate the systemic risk that we all face, when the lights go out…