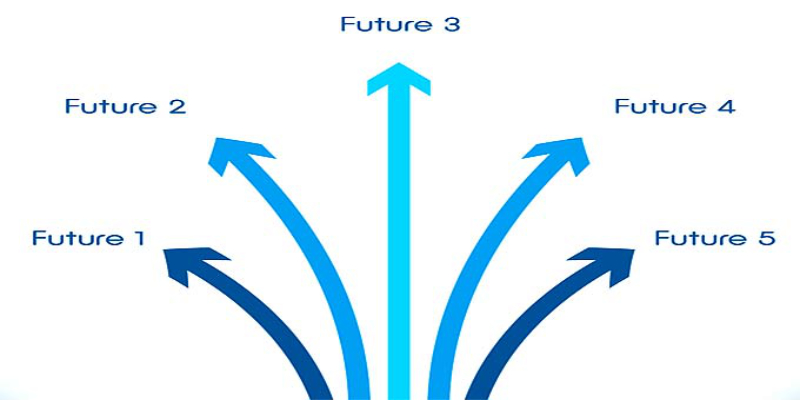 SHTF scenarios. Disaster scenarios. There are lots of them. Some are potentially quite horrible. Others, bad enough… But what are the most likely SHTF scenarios? I suppose the answer to that is a mixture of opinion and other factors.

Additionally, we may have differing opinions of just what exactly is it about a scenario that reaches the threshold of calling it SHTF or disaster. To further complicate the question, there are SHTF scenarios that are solely personal. While other events may affect several, many, or lots. Local. Regional. National. Global.

Many may be the result of natural occurrences. Others, human causation.

There’s also some ebb and flow of the most likely SHTF scenarios, especially the human type. Current events are always in flux. Same is true with society. Politics. And all the risks thereof. For example, as I write this, a SHTF scenario of nuclear war is becoming dangerously higher up on the list. (Current Events).

Truly devastating and wide-impacting SHTF scenarios are typically and generally (hopefully) significantly less likely to occur than other scenarios. However, that’s no guarantee. Sometimes, some things, just happen. Though other such events may be more predictable, or easier to see coming (if your eyes are open).

Here are a few of those scenarios that would be pretty bad… They would affect an awful lot of people.

This is higher up on my most likely SHTF scenario list. We’re living on borrowed time. Current events (global alliances and shifts outside of the dollar). Massive gargantuan debt. It’s all very bad for the dollar currency. Reserve status is in check. When will it be checkmate? Inflation out of control. Potential market collapse beyond just a ‘correction’. Ripple effects resulting in 401K and IRA’s being hit hard. Retirements shattered. Supply chains breaking down left and right (from a variety of causation’s). Nearly all our ‘stuff’ from China under lock-down yet again (this time apparently up to 400 million detained over there – ‘zero covid’ policy). Production shut down. Their major ports not moving containers. There are so many bad economic-related events going on, the dominoes are already falling. This can’t be stopped, in my view. And if you’ve been paying attention, the global elites have a plan for you. It’s called the great reset. It has been a slow motion fall from the heights. But for many, the ground is coming up fast…

Famine is “extreme and general scarcity of food, as in a country or a large geographical area”. It’s happening in much of the 3rd world, right now. It’s going to get lots worse, soon. Current events and sanctions will heavily impact production of many staple foods (and fertilizer to grow them). Hundreds of millions more are going to starve. Here at home, agricultural regions of the US are under a major and extreme drought, further affecting crops and yields. Fertilizers are not reaching producers as in the past. The effects will be yet higher prices, and, more supply shortages. As the cost of food approaches a threshold of one’s family budget, there will eventually be unrest. Revolt. Crime. Obviously the poor are affected first. The middle class too. Global food shortages are very real. And they’re going to get much worse as I write this, especially later this year.

Pandemic spreading worldwide with a high mortality rate. Fortunately, our recent go-around pandemic had mostly a very low mortality rate. But what if? I am pretty concerned about bio-warfare (Covid-19 was a bio-weapon precursor). Weaponized biotechnology is evil. And it’s research and development is in the hands of some very bad people. I put this risk high up on the SHTF scenarios list. Especially knowing the elitists agenda, which demands global human compliance. The recent lock-downs and all the rest of it, have been a beta test. I believe this could be just the beginning of something way, way worse. You know that there are some very deadly manufactured strains in those level-4 bio-labs…

Totally within the realm of SHTF scenario possibilities. A cyber-attack on the electric power grid, or regions thereof. The follow-on effects would be unbelievably wide spread, even if just a part of the grid and for say just a few weeks. There would be chaos, and yes, many deaths. Cyber War. Even if through proxy ‘actors’. It’s real. Electricity. Finance. Transportation. Any number of systems are certainly vulnerable. No bombs. No flashes of light. Just, Lights Out…

A nuclear war. Just look at where we’re at today with the surrounded nuclear-armed Russian Bear. Clearly, exceedingly clearly, NATO, the UN, (actually, the globalist faction of the US power structure) – they want WAR with Russia. And Russia has on numerous occasions stated their position on thresholds and ‘red lines’ that could trigger nuclear war. I am very concerned to see constant escalation here. The West would likely crush Russian conventional forces. However, they carry the biggest stick of all. A massive nuclear arsenal. Nuclear escalation and nuclear war could happen very quickly. I mean literally, once the decision is made, you won’t have time to finish your lunch…

Resulting in electronic infrastructure destruction and grid-down. I do believe that if we (or they) ever go full nuclear, an EMP event would go along with it. It would likely precede it. I list this SHTF scenario separately, because a high altitude EMP would be much farther reaching than a localized nuclear detonation (though a full-on nuclear war would obviously be catastrophic in many ways). Normally I wouldn’t say that nuclear war or EMP would be among the most likely SHTF scenarios. But given today’s current events and well-known agendas (including depopulation)…

Yes, it will happen again. A solar CME of significant magnitude to take down the electric power grid for a probable significant length of time (and other electrical damage, lots of fires too). Carrington event anyone? Is it likely during our personal timeline here on earth? Maybe.

I have never seen so much incredible division as there is today, right now in this country. I mean, it’s really bad. Much, or dare I say all of it, is of course, by design. It’s way too late for a quick fix, or even a longer term fix (depending on how long we’re talking or how we go about it). Without getting into the politics of how and why we’re at this point, the fact is we’re here. Many of our ideological differences are now so visceral, that we can’t even talk about them between friends, family, co-workers. Exacerbated by big tech and corporate censorship policies. Deep corruption and fascist/corporate alliances within governments and agencies. A broken justice system. A failed social contract. I could write a long rant here, but won’t. Instead, I’m glad we haven’t crossed a threshold into kinetic civil war, yet. I hope we don’t. But we certainly will, if the agendas in play come to their full fruition. I place this SHTF scenario among those within the realm of eventual possibility.

While this is often regional and geographical dependent, it sure seems like a more realistic or likely thing to prepare for. The impacts could last for days, weeks, or longer. And if it happens to you, it could easily become your SHTF scenario.

I’ll tell you what… you better put this SHTF scenario at Number One. I hope that it’s not the most likely one, but it needs to be mentioned. One’s health is very often taken for granted. However when something strikes, it becomes crystal clear how our priorities change. Ranging from just being sick for several days, to a week-long flu, to a broken bone, accident, hospital stay, disease or worse… failing health can be personally disastrous. Please take care of yourself, first.

Societal Breakdown And Collapse – Who Will Be The Most Valued Afterward?