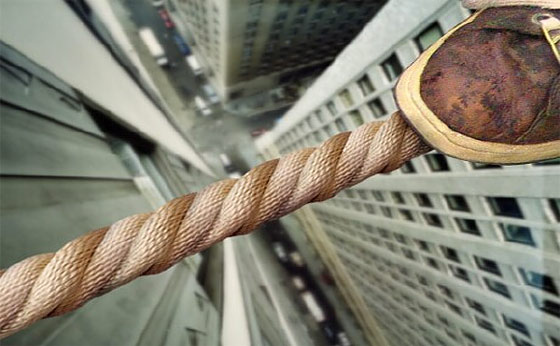 We are witnessing major societal disruptions around the globe while financial and geo-political tensions are growing in all Western democracies. The Western world is essentially bankrupt and the cumulative total debt is politically and mathematically impossible to repay. The enormous systemic risks surrounding this fact alone should be enough to motivate a critical-thinking person into action – but unfortunately most are asleep.

There is a looming and never before seen crisis about to hit us square in the face. Many can ‘feel’ it, and some of them are doing their best to insulate themselves and their families from the societal and supply-chain disruptions that will hit us all when the bubble bursts.

I have viewed surveys and census which show that apparently and approximately 80% of Americans today live in urban / metro centers. That’s more than 280 million people. Think about that for a minute… All of these people depend absolutely and fully on a very sophisticated supply chain system in order to literally sustain their life and their way of life.

How many of these people have ever considered their utter and total vulnerability of these supply chains (and the serious and potentially deadly risks that are intertwined within)?

How many meals away from chaos, hostility, and rebellion are we? Think about that! I’m serious. Please imagine how long it would take from everyone around you missing meal after meal before it turns critical?

We as a modern society are very dangerously complacent and far too assuming.

I would speculate that when everyone around you has entirely missed three to six meals, that the hunger and desperation will trigger societal chaos. If you would like to experiment for yourself, stop eating. See how long it takes before you become quite hungry. And then add in the stress that everyone would be under during a time of supply-chain disruption or breakdown – making it even worse.

We DEPEND upon prompt and timely deliveries of tangibles including fuel, food, water, and other consumable ‘necessities’. Modern technology is the underpinning of these deliveries and is the underpinning of our modern existence. You are the tight-rope walker. The rope is the bundle of technology and supply-chain. Think that rope will never fray or break? Think again…

What will happen to these supply chains as the terrible global economic realities begin to ‘get real’? I’ve been seeing and reading more and more headlines and articles warning us of what is coming… The end game is here and it’s all coming apart. The powers-that-be, the FED, the central bankers, they have lost control. They are out of ammo. They have manipulated the data for so long, that even they are panicking (because it has not worked!).

The financial system is bankrupt. Everyone knows it and it can no longer be hidden. It is coming apart (thankfully not all at once – yet…) and any day we could face a rapid domino collapse.

As the collapse deepens, the supply chains will be further strained. The natural order of things during the collapse will surely bring about disruptions. Should it happen quickly, then it will be much more severe.

With so many hundreds of millions of people depending upon today’s modern sophisticated supply chain and its modern technological underpinnings, they are all walking a high-wire tightrope over the abyss. I suggest that you do your best to get off that rope and over to relative safety on solid ground, because I see that the rope is fraying and unwinding…