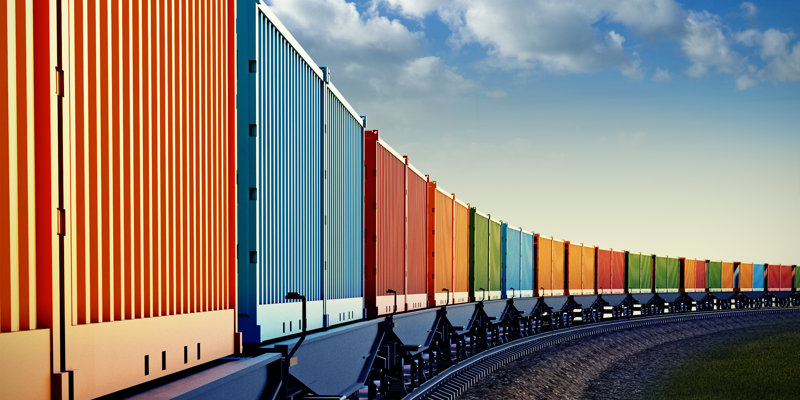 How Much Freight Ships by Rail In the US?

Ever wondered what’s inside all those trains rolling down the tracks? Here’s a quick breakdown of the freight transported/moved by rail. As you know, railroad transportation is a major supply chain distribution channel all across the country.

I have been curious to discover the ‘big picture’ of what types of freight and goods are transported by rail. Especially now, due to the apparent possibility of an upcoming rail strike at the time of this posting.

Union Pacific says, “With approximately seven major Class I railroads and 140,000 route miles of track stretching from coast to coast, U.S. freight railroads ship just about everything consumers and businesses depend on. From the food we eat to the cars we drive, there is a good chance the things we use on a daily basis have shipped by train.”

The 140,000-mile network is owned and operated by 600 freight rail lines, including seven Class I railroad companies:

The freight rail system is a $80 Billion dollar industry. The rail network accounts for approximately 28 percent of U.S. freight movement by ton-miles (the distance and weight that freight travels).

Bulk cargo like iron ore or coal. Bulk cargo constitutes the majority of tonnage carried by most freight railroads. For example, loads can be 130 tons per wagon and tens of thousands of tons per train.

Federal data show that about 70 percent of domestic coal is transported wholly or partly on railroad tracks.

(Shutting down freight rail would cause an abrupt halt to 70 percent of the coal that today fuels power plants.)

I researched this several years ago. There are ~400 coal-powered electric power plants in the United States. They generate about 30 percent of the nation’s electricity.

The U.S. is the world’s biggest grain producer. Railroads play a very important role in moving that grain from production areas to mills, food manufacturers and international markets. Sourced from AAR, In 2020, U.S. Class I railroads moved nearly 1.5 million carloads of grain. to put it into perspective, just one rail car can transport enough wheat for 258,000 loaves of bread and enough soybeans for 415,000 pounds of tofu. One car can also carry enough barley for 94,000 gallons of beer. (That’s equates to over one million bottles!). Railroads also transport around 750,000 carloads of grain-related food products each year.

The remaining 48 percent of rail freight is intermodal traffic. It generally consists of consumer goods and other miscellaneous products. Intermodal traffic is made up of shipping containers of all types of goods that can be transferred easily from rail to truck, plane, or other vessel, and vice versa.

Containerization carrying shipping containers. What freight is inside? Just about anything…  Each deep well car, or section of a multi-section articulated car, can hold two 40 foot containers, so a 120 car train, which is a very typical car length for a modern train, can haul 240 containers, if every single car has the two containers double stacked. Longer trains are possible, so a 200 car train could haul 400 containers and so on.

As you can see by now, rail freight is extremely critical to our infrastructure. Being preparedness-oriented, I see it as one of many systemic risks that are integrated and woven into the fabric of our modern survival.