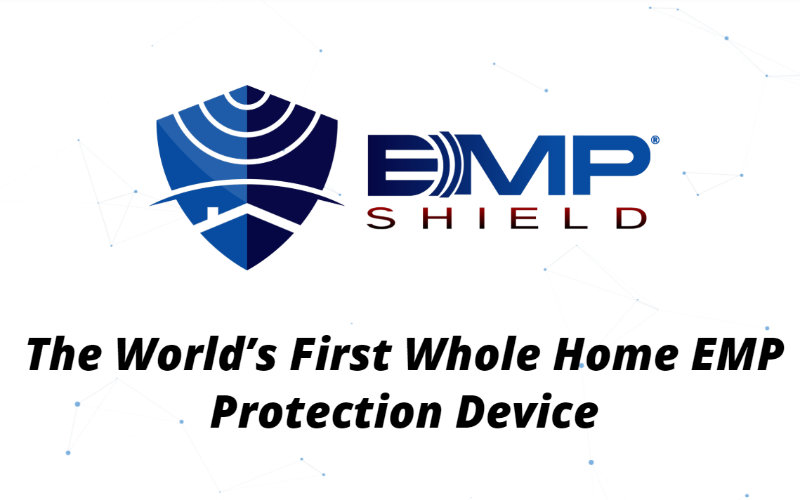 Given the threat thereof, are you looking for a way to get whole house EMP protection (and/or voltage surges from lightning)? Read through this article to discover more specific details, along with one very good recommendation… EMP Shield.

We get plenty of summer thunderstorms here (as I’m sure many of you do too). As a result, a product purposed to help protect valuable equipment in the home from a lightning strike is worth looking into!

With that said, there’s always a chance that lightning will blow up your stuff. It has happened to me in the past. And there may be circumstances where lightning causes damage even with protection devices in place (e.g. a direct hit). However I am inspired to tell you about EMP Shield.

Another reason I’m excited about their technology is the apparent protection from a more sinister modern day threat. EMP (electromagnetic pulse). I’ve written about this threat quite a bit here on the blog. Rather than explaining it here, I’ll insert a link to the category in case you’re interested to browse the topic:

EMP Shield is listed by the Department of Homeland Security in their recent EMP Resilience report.

The EMP Shield is the World’s first EMP protection technology for an entire home. Whole home protection. Tested to military and UL 1449 standards from ETL.

Operating in less than 1 billionth of a second (1 nanosecond), the EMP Shield is one of the World’s fastest whole home surge protectors.

Military tested and proven to defend against the E1, E2, and E3 phases of an EMP.

Here’s what EMP Shield had to say about it during a recent correspondence:

The E1 portion of an EMP is caused by the gamma radiation (Gamma rays / photon energy) from a nuclear blast hitting the atmosphere.

This radiation/rays hitting the atmosphere causes ionization, which shoots off electrons towards the earth.

During the E1 and E2 phases of an EMP, the earth is being showered with freed electrons. People believe the only solution is a Faraday cage. They know EMPs are dangerous, but simply don’t understand what they are.

The E1 and E2 is simply freed electrons being showered towards the earth.

How EMP Will Destroy Electronics Without Protection

I had asked their opinion how an EMP will damage ‘electronic devices’, and how their EMP Shield protection device works. He went on to say this:

Now, that’s not to say the first two phases of an EMP aren’t dangerous, because they are.

To directly address the question, everything that’s a conductor will induce these freed electrons from the E1 and E2.

This includes items in your home like the romex wiring in the walls, and everything in the home that is a conductor. Many things within your home can and will get destroyed. That is a huge reason why people need the EMP Shield for whole house EMP protection.

The EMP Shield will shunt (short to ground) all induced electricity within the home, above our devices clamping level (level of voltage that would be detrimental).

The EMP Shield not only protects against the induction of electricity within the home, but also stops the huge surge of electricity trying to come in to the house from the grid through the power lines.

I asked about protecting solar systems. I have an off-grid solar power system which essentially resides side-by-side with my grid power (separate circuits). There are currently protection devices in place. However I am highly curious of EMP Shield, given their ability to clamp down extremely fast (beginning less than one nanosecond). Fast enough for the E1 pulse of an EMP. I’ll mention CME in a minute…

For solar systems we have DC EMP Shield built specifically for certain voltages of the systems inverter and/or charge controller, depending on if the system is grid tied or off-grid.

What many people don’t realize is that a solar panel has thousands of feet of copper trace in them. This means the panel (or multiple panels) serve as micro grids that will collect large amounts of electricity during an EMP.

Inverters, charge controllers, and other items within the solar system will be destroyed if the system doesn’t have a EMP Shield attached to it.

What about the E3 effects, or the effects from a CME (coronal mass ejection) from the sun. These effects can go on for hours, even days from a solar CME. It’s a different, but similar situation to deal with .

The blast pushes out on the magnetosphere and causes it to vibrate. It continues to fluctuate and vibrate until it settles back to its normal position.

This fluctuation will cause electrons to spiral down toward the earth and may last for many hours depending on the size of the blast.

As the E3 phase can last hours, this is most harmful to the grid as it will continue to build a charge over time. Its important to highlight that the E3 phase of an EMP is similar to a coronal mass ejection (CME / aka solar flare).

How Do You Know If The EMP Shield Device Burned Out?

Answer: We have included LED lights on all devices to indicate that the device is actively protecting the system its connected to.

As for EMP strikes, we have tested the device up to 42x times in the military testing lab and saw NO degradation to the device.

The device is also designed to trip the breaker during the E3 portion of an EMP. In this scenario the indicator lights will go out because the breakers have been switch off. This is by design to prevent extreme levels of electricity from entering the house from the grid.

I also asked about the apparent hookup wire gauge size of their device. How it handles the potential current (amps) that flow during shunt.

About wires: In this case, it’s all about speed.

The wire size is perfect for our device as we have proven in our testing. We have also passed UL1449. With the ability to shunt at 500 trillionths of a second, we don’t need thicker wires.

EMP Shield LLC has a family of EMP Defense technologies designed and tested to exceed the military requirements of MIL-STD-188-125-1, MIL-STD-461G, and MIL-STD-464C.

EMP Shield is an advertiser with us (full disclosure). I’m glad they came on board given my interest in this technology and the protection it provides.