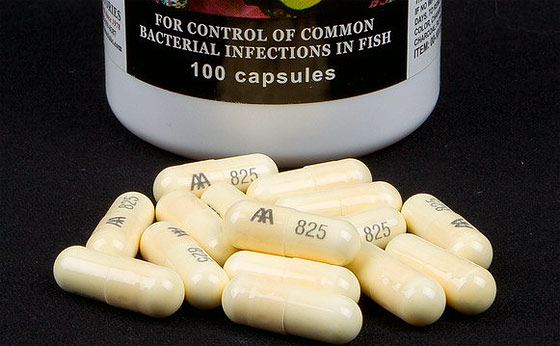 Stories have been circulating lately regarding new regulations for some veterinarian medications which have been previously ‘over the counter’. The various reports that I’ve read go so far as to suggest that even ‘fish meds’ may require a prescription in the future (hint: ‘fish’ antibiotics).

One wonders if it’s rumor, truth, or somewhere in-between.

Over on Rawles’ site, a recent letter from an animal vet reads as follows,

Dear Jim:
Many preppers store antibiotics for fish or livestock water/feed medications over the counter (OTC). As of January 1st, 2017 this will come to an end as livestock producers will be required to get a VFD (veterinary feed directive) from a veterinarian to obtain these antibiotics. I don’t want to go into the specific differences but think of it as a prescription.

For anyone wanting antibiotics I would recommend getting some before the first of the year.

JWR Adds: A full list of drugs transitioning on January 1st from OTC to VFD status can bee seen in this FDA PDF. As news about this upcoming law change spreads, we can surely expect to see shortages at farm and ranch stores, and from mailorder vendors. Stock up. Several of our advertisers sell veterinary antibiotics at competitive prices. Please give them your patronage, and mention SurvivalBlog, when you do.

In a previous article, ‘Fish Antibiotics For Preparedness’, a quote from a doctor (who is into preparedness) reads,

When the bottles arrived, I dug out my photographic drug reference and found that these are indeed the same pills that are given to humans, right down to the tablet color and markings.

It makes business sense. It costs less for drug manufacturers to have one production line for each drug, rather than to build a separate process exclusively for veterinary medicines.

These are the same generic antibiotics that can be found on many pharmacy formularies.

The fact is that most ‘preppers’ know that these ‘fish antibiotics’ are apparently the same antibiotics that a doctor would prescribe. And some have stocked up on the common antibiotics for SHTF emergency situations.

While I am not a doctor, and this is not medical advice, it may seem prudent to have a supply of antibiotics on hand to be available for ‘just in case’.

The Survival Medicine Handbook: A Guide for When Help is Not on the Way

While I am personally not sure if ‘Fish Antibiotics’ are going to require a prescription beginning Jan-1-2017, I can tell you that I will stock up with a few basics before then, just in case ;)

Note: If you are a veterinarian, know one, or have further insight as to this report, let us know what you know or what you have heard…