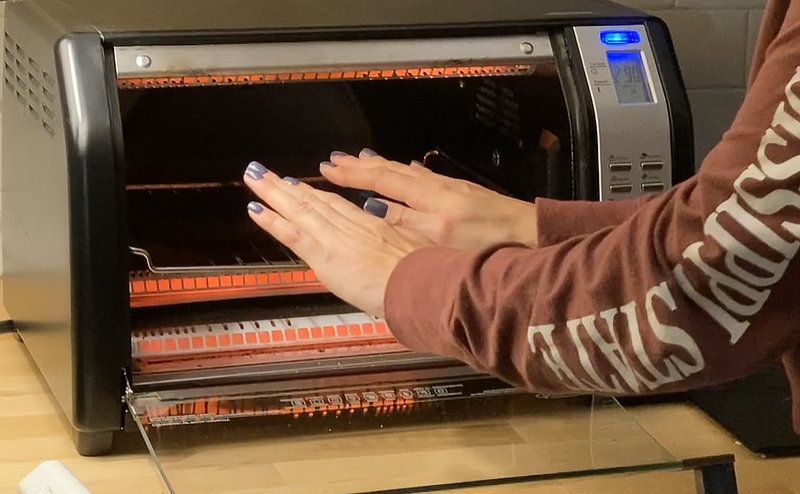 A short story of adapting to the situation of a power outage while visiting and overnighting at another home for a few days. Maybe some lessons learned…

Mrs. J and I spent several days leading up to Christmas at the home of a good friend. As many of you know (and likely experienced), there was a major storm that blew in for much of the country with extreme cold, very high winds, and snow. Well, when it finally reached us here in New Hampshire, the worst part for us was the wind (and subsequent cold). It was wild. Very high winds. Trees down. And, yes as expected, the power went out. And stayed out.

The house is heated by an oil fueled furnace / forced-air system. The power went out, so there was no heat. And it’s wicked cold outside.

The home is located on the edge of a lake, which is the water supply – via a pump and inline filtration. The power went out, so there would be no water pressure once the pressure-tank emptied.

There were four adults, two kids, and one dog in the house. The essentials? Somehow we all needed to keep relatively warm, we needed to eat and drink, and we needed to use ‘the facilities’ from time to time.

First, the assessment. How long might the power be out? The storm was widely publicized and forecast all over the country, so I knew the damage was far-and-wide (the winds!). A huge number of people were being affected. Therefore, logically, it would likely be some time before power would be restored. The cell towers were still functioning, so having checked the power company outage map, it was quite apparent as to the major extent. Time to hunker down and adapt to the necessities.

I vocalized that no one should open the refrigerator or freezer doors. And at least for now, no one flush the toilet. If you need to go #1, that’s fine for now, but don’t flush. Hold off on #2 unless absolutely necessary (and yes, flush it down). However there’s probably only a number of flushes available, given the holding capacity of a typical well holding tank.

I went outside and entered the (bend over) crawl space under the house to have a look at the water pump situation. I couldn’t believe my eyes… Luckily (and unusually) the pump was 120-volt (usually they’re 240 and direct wired into the electrical system). And, the power cord was simply plugged in to a standard receptacle – meaning that I could potentially use the generator to recharge the pressure tank when needed (got lucky on that one!). Later, I discovered the pressure tank and hi/low set-point adjustments were apparently not set right (or malfunctioning) – with only enough water capacity/pressure for maybe two flushes per charge cycle.

Drinking water. There’s a Travel Berkey on the counter filled with water (because it’s from the lake – albeit filtered at the pump). There’s a lake full of water if we need it, and it’s right there (though we didn’t need to collect any). A case of bottled water on hand, sodas and various drinks, as well as a supply of adult beverages (grin).

Food. Being the Christmas season, there were plenty of various sweets and baked goods on hand! Bread and peanut butter too (grin). A pantry with a typical supply of various snacks/foods to eat – heavy on the snacks because there are kids in the house :=) But what about when it’s dinner time? PB & J? Nah… How about some real food? What about using the grill out on the deck? Are you kidding me? It’s blowing 60 mph out there and freezing cold! Instead, we’ll get something else figured out.

Lights. On hand there was a nice LED lantern, a bright LED MAG-LITE, and a decent headlamp. Plenty of spare batteries. I had a flashlight with me too as part of what I always take with me on a trip.

Portable generator. Fortunately she has a 5,000 watt Generac on wheels in the garage. Fortunately and coincidentally, I had checked it out for her when we visited last. It was empty at the time, as well as the gas can. I had gotten some gas and ran the generator to be sure it worked. Found a decent heavy duty extension cord at the ready. Now, a number of weeks later, it’s a good thing we had some gas and a functioning generator at the ready!

So, what could I use the generator for? There’s no transfer switch at the house. So we’re talking about strictly an extension cord through a window to whatever appliance(s) may accept it. Wheeled the unit down to the house near the kitchen window. Ran extension cord through the slightly opened window and stuffed a bath towel in the crack to keep the wind and cold out.

Since it was getting colder inside, we all put on warm clothes, sweaters, etc.. A portable indoor propane-fueled ‘Buddy Heater’ would have been perfect for this emergency. However, lets put on our thinking caps. There’s a toaster oven on the counter. So I plugged it into the genny, opened the toaster oven door, and set to ‘Bake’ at 350. Surprisingly, it did slow down the rate of temperature drop, and we could go over and put our hands in front to warm them a bit. (I did unplug it when we went to bed for the night, along with the generator).

So, what’s for dinner? Hmmm… There was a bag of frozen chicken nuggets in the freezer. That sounds pretty good… But how to cook them (the house has an electric stove, so that’s not going to work). Well, she’s got an Air Fryer, so let’s plug it into the generator extension cord too! Though likely at the cord’s limit along with the toaster oven, the Generac barely moaned upon the additional load. Those chicken nuggets tasted extra good – just like camping.

It was Friday night, and we had planned to all open presents together, given our varying schedules for Christmas. We found a decent power-strip and household extension cords, so I plugged in a portable lamp by the Christmas tree. Between that and flashlights, we all opened our presents. It was fun – the kids probably won’t forget this particular Christmas, given we were ‘camping’ indoors.

Eventually it was time for bed… In addition to as many blankets we could muster, she had three sleeping bags which were added to the ‘keep warm’ pile. After the adults played cards till about midnight, the generator was shut down and we hoped for the best by morning.

The household woke up around 6:30AM. Still no power. It was cccold. Was it 49 or was it 50 inside? Well outside it was about 10 and still wildly windy – so what’s to complain about, right? Time to fire up the generator and toaster oven again! And, more importantly, plug in the coffee maker and get some brew going!

We pulled out the refrigerator/freezer from its enclosure and plugged it in to the generator for an hour or thereabouts.

Okay I could go on with the story, or elaborate more, but that’s not really the point I want to make. I thought I would present this (true) story in order to preface a few general recommendations for preparedness.

Things I could have done better. I knew there was a potentially very windy storm coming (before I left home). And that there was a pretty good chance we could lose power at some point. I also knew that our friend wasn’t particularly prepared beyond what most people are (no blame, it’s just how it is for most). So, I should have taken a few minutes and brought a few additional items with me in the back of the truck for ‘just in case’.

These things are also items that anyone may consider to have on hand for just in case the power goes out longer than expected – and when it’s winter outside.

I should have brought my portable ‘Buddy Heater’. It provides a significant amount of heat and is considered safe for indoors. Although it will run for many hours with the 1-lb bottle tanks, I also have an adapter for it to hook up to a standard 20-lb BBQ grill tank too (which was full and setting on the deck outside). This would have made a huge difference, given the cold! There was a dog in the house so I would have put it up on a counter or table, rather than the floor.

I could have brought one of my portable butane cooking stoves. These little stoves are great. You sure can cook a lot with just one little tank of fuel too. Maybe we could have boiled up some pasta and sauce, or whatever else. Although the chicken nuggets were pretty good!

Additionally, I keep a coffee percolator on hand, which could brew a nice cup of hot coffee on that portable cook stove I just mentioned!

I knew she had a generator, but it would have been helpful if I had also brought another long extension cord or two. Would have been easier to deal with the water pump.

Toilet and Water. This is one of the very big issues if a house is on a well pump. Unless there’s a proper generator interface, you’re only getting a handful of flushes before the pressure holding tank empties. And you can only ‘hold it’ for so long… In the experience above, I got lucky with that pump. And we could have used a bucket to collect water down at the lake to pour into the toilet tank for subsequent flushing. However what if the lake was frozen over already? With that said, what else might someone do in this case?

Fill the bathtub with water to use for flushing. A typical bathtub might hold 60 – 80 gallons of water. A modern toilet might only use about 2 gallons per flush. But you need to fill it BEFORE the power goes out. You could simply fill several buckets too (better than nothing!). So when to fill is a judgement call based on the forecast and your experience with power outages at the particular location.

Okay, what else might someone do ahead of time? Well, having enough food to eat for at least several days would be a good start. The thing is, in most ordinary power outage situations, you could drive out of it and find/buy what you need somewhere. The bigger the event, the wider the outages. It’s all a matter of one’s tolerance thresholds as to how far to go with preparedness.

Anyway, that’s the story. I’m sure many of you have your own, given this recent winter storm. We always learn something from it.

[ Read: Butane Stove For Indoor Use ]