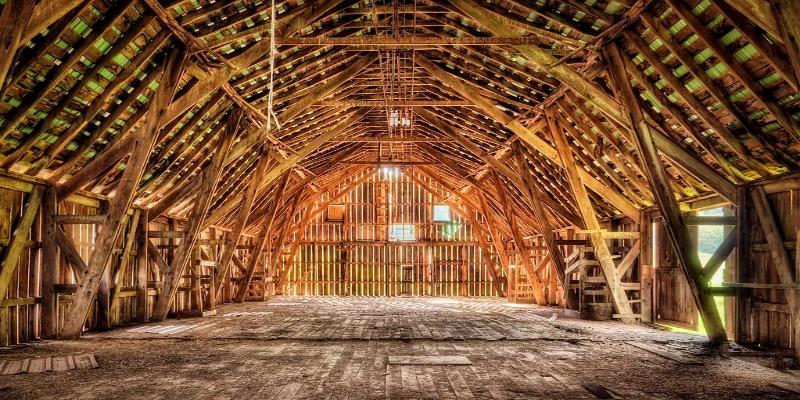 Bartering during SHTF. Lots of preppers believe that this will be a solution to some of their supply problems, should the issue arise. I’ve read (and have written) articles on what may be of particular value for barter. And these lists have some value as food for thought. However…

There are a few problems with the concept of bartering during SHTF.

First, when I say SHTF, I’m referring to a period of time whereby systems are, or have, collapsed around us. On a grand scale. Such that many people are struggling for food and supplies. Survival. Think it can’t happen? It has happened all around the world throughout history. But it’ll never happen here in America, right? I hope not. However, is the writing not seemingly on the wall?

With that said, I would like to present two particular problems with bartering during SHTF.

Here’s the first one… This concept refers to the notion of ‘a place’ where people go to barter. Maybe it’s Ned’s barn. Or the ball field at the old school. Or the town common. Wherever it is, here’s the problem (particularly bartering during SHTF).

Lets say that Jim is hoping to trade in order to get his hands on some antibiotics. Someone at home has an infection. Knowing that a number of preppers have acquired this product, Jim is willing to trade some of his rice or toilet paper or alcohol to get some. He heads over to Ned’s barn…

There are three people there. Jim begins to talk with them, one at a time. But unfortunately none of them have what Jim’s looking for. So he departs in dissapointment. Little did he know that later in the day, someone was there who actually did have what Jim was looking for. But they both weren’t there at the same time, so the trade wasn’t made. This is what’s going to happen for lots of things.

What if Jim leaves a bottle of bourbon with Ned, so that when someone else happens to come in who has ‘Fish Mox’ – Ned could make the trade…? Ya right… How much does Jim trust Ned? Or that it won’t get stolen? Or what if the ‘Fish Mox’ guy doesn’t want to trade for bourbon?

You might say, well, maybe Ned keeps a list of what people are looking for, and those who visit may check the list. However this is going to present quite a security risk. Well, what if only Ned know’s who’s looking for what, and what others have to trade? Sounds like Ned’s a prime target for information – another security risk. A problem will be ‘trust’. During SHTF, there will not be much trust going around.

Bartering Paints A Bullseye On Your Back

Here’s the other problem… Jim goes to Ned’s barn, bartering during a time of SHTF. Several others are there, milling about. A few of them recognize Jim, although they don’t particularly know him. They think to themselves, “Jim has stuff to trade”. “Jim has stuff”.

Say that Jim walked in with a 5-gallon bucket of white rice to trade with. “Hey, Jim has extra food”…

Remember, it’s SHTF out there. Kinda the Wild Wild West. Do you think that most people are going to be nicey nice? I don’t…

What’s your opinion? Are these thougts overblown? Or can you think of additional risks to bartering during SHTF?

[ Read: The Most Valuable Items For Barter After The Collapse ]

[ Read: What Services Will Be Valuable For Barter After Collapse Or SHTF ? ]