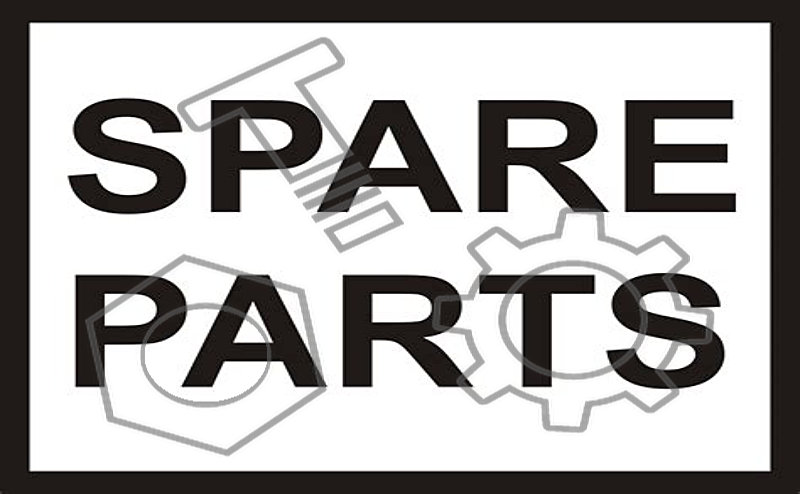 I have a note sitting on my desk. It reads, “Spare Parts”. It’s a reminder to have a look around to determine if and what I might need for spare parts having to do with any and all of my operating equipment, etc..

It’s sensible to have spares and spare parts on hand, especially for what may be considered ‘essentials’. There are a number of reasons why you might consider acquiring spare parts – sooner, rather than later. A few thoughts…

The life cycle of a given product may be relatively short. Lets say a number of years goes by. Suddenly you need a spare part for “it”. But they don’t make the product any more. Maybe you’ll find that replacement part, maybe you won’t. Okay, granted, respectable companies will keep an inventory of spare parts for older products for a period of time (if they can get them). And some 3rd-party manufacturers may produce some of these commonly used spare parts for awhile. But if you picked up the spare part(s) earlier, you would be better prepared for when you actually need it.

I wrote that note to myself because of two things. One, I had recently done maintenance on my snow-blower. Though not needed (yet), there are two belts that I should have as spares. Spark plug too. If a belt were to break – it’s going to happen while I’m using it. Rather than not being able to move the snow for days while I wait for a part, I could simply replace it on the spot and get back to work. It also got me to thinking about some of my other operational equipment…

The other reason for the note. Ongoing concern about supply chains and availability – coupled with the troubling political climate around the globe. Most things we use here in the U.S. are made overseas. Especially at one particular place. You know the one… China. It’s just the way it is. But lets say, “what if” they were to ever move on Taiwan (widely believed as a real possibility in our relatively near future). An escalation could leave us pretty much screwed here in America – if product from China were slowed or shut off due to U.S. intervention in what would become, ‘war’?

Listen, I’m not saying it’s going to happen. But we’re living in pretty uncertain times, and it’s sensible to be prepared to a reasonable extent. And that includes acquiring spare parts for your ‘stuff’.

There’s another reason to acquire spare parts. Convenience. Things will break at the least opportune times. If you anticipated the problem well beforehand and purchased that part, well, you’ve saved the hassle of scrambling to get it (assuming they still make the part you need!).

From your own experience with the products you’ve owned — you know what those parts are (the one’s that tend to break, wear out, or need replacement).

Look at your essential systems first. Examine each one. What makes it ‘tick’… Research what may commonly break or need replacement. Then acquire it.

Systematically go through your house, your shop/garage, and outdoor area. First consider what you might value as essentials. Determine if there any practical spare parts or spares to have on hand for these. Look around. Look at what you have. Maybe room by room. Is there anything that stands out whereby you might think about getting a spare (or spare part within that may tend to wear out or break)?

Given today’s climate of uncertainty, why not get those spare or replacement parts now rather than later?

Again, just pointing out some practical, sensible, preparedness. Two is one, and one is none.

A Pull Saw for your Carpentry Tool Box