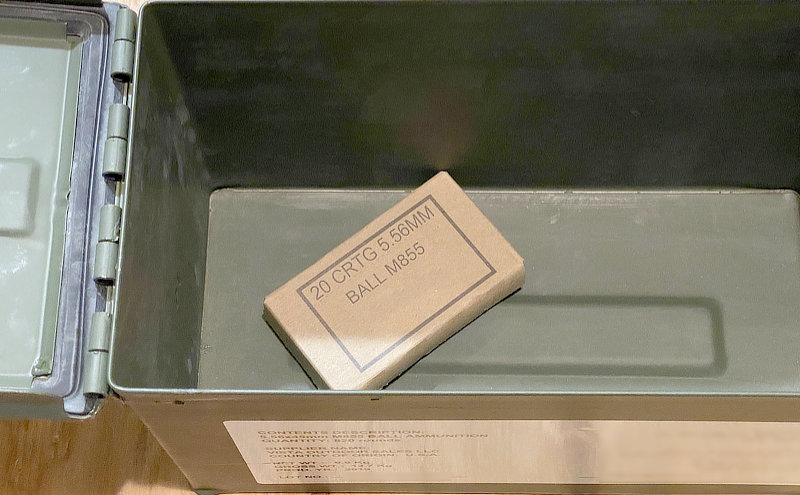 “We currently have over a year’s worth of orders for ammunition in excess of $1B,” CEO (Vista Outdoors Inc) Chris Metz said. He called it “unprecedented” for the company.

“We currently have over a year’s worth of orders for ammunition in excess of $1 billion,” “With demand far outstripping supply and inventory levels in the channel at all-time lows,”

An estimated 1.9 million firearms were sold in October this year, a 65% spike from the same month in 2019, according to data provided by Small Arms Analytics and Forecasting (SAAF).

SAAF Chief Economist Jurgen Brauer said that an estimated 18.6 million firearms had been sold so far this year, as 2020 “continues on its record firearms sales pace.”

What does that tell us? Can you read between the lines?

I first wrote about the shortage of ammunition (here) back in July.

First off, ammunition is out there to varying extents from varying manufacturers. Just not so much. In “dribs and drabs”. And it’s expensive (supply and demand).

The foxbusiness report – that they’re looking at a one year backlog of orders… That is stunning – though I am personally not surprised in general. The backlog time-frame surprised me.

What’s that tell us? People are scared. They are concerned about their general security. As a result many buy guns and ammunition.

What’s causing the fears and concerns? Well, most of you clearly know. Though there are multiple categorical concerns, the overarching top level causation is that of encroaching Marxism. It is manifesting itself in multi-pronged ways.

The United States of America is the ONLY country in the world whereby we have a Constitutional Right to “keep and bear arms”. Our founders were genius (in many ways) and they inserted this clear backstop (deterrent) against a government gone rogue. Clearly, a socialist/marxist government takeover would be one of those times – in the view/opinion of many.

If they start coming for your guns, it will be clear as a bell – ringing out a warning to all…

Every Single Time, the Marxists take the guns. Then, it’s catastrophic for ANY and ALL opposition. The results of which are eventually — death. Know your history. It’s brutal. That’s what happens. Why would this time be any different? It won’t.

Americans instinctively know that we are in the beginnings of what could be very tumultuous times.

The Anti-Americans know too.

At the moment, we are in the middle of a constitutional process which will determine to an extent how this will unfold. As the people watch and wait, the ammunition supplies dwindle. Dangerous times indeed.

“Hey Ken, what’s up with this doom?” “Get back to other topics that make me feel better!”

I hear what you’re saying. I will sprinkle in some fluff now and again as we transition into our uncertain future. However these present times will require diligence and fortitude if you wish to resist. To stay informed.

I wrote this today because it really surprised me that this major company is looking at a one year backlog. I knew the ammo shortage was severe, but not to this extent. It’s really telling.