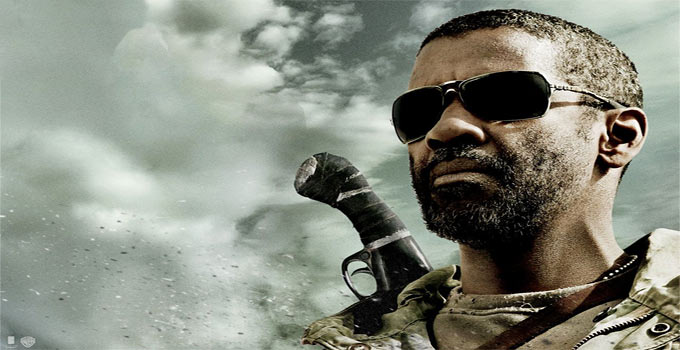 For the last fifty or more years, an incredible amount of discussion, whether in books, on-line or around the pot-bellied stove has been about the perfect gun for survival, or better yet the composition of the perfect survival battery.

Opinions abound and are strongly put. A few examples are right here on MSB:

Your Everyday Carry Handgun Choices, and Why

Semi-Auto or Revolver For Concealed Carry

If you Carry Every Day, What are some of your Lessons Learned?

These discussions have been one factor in the incredible growth in the number of guns in private hands.

Many preparedness-minded individuals do not consider themselves prepared unless they have numerous weapons, each one carefully thought through for the variety of tasks they are to accomplish. “working guns” v “EDC”, close quarters, long distance, and more. Maybe even some redundant capacity.

I find no fault with this, quite the opposite: taking responsibility for, and acting on, a need to survive is serious business and is one of our biological duties as humans (under the big umbrella of survival of the species).

This article is not about shiny objects: what piece of hardware to select, or what wonderful gadgets to festoon it with. The world is full of information on those things, and abounds with people trying to sell you something.

Rather it is about picking and deploying the one tool that will work when all others have fallen away for whatever reason. It’s more about philosophy and practicality.

So what could possibly go wrong with a gun, any gun? It is after all a manmade piece of equipment, and whatever we make we can break.

More accurately stated, the question might be “what things could cause a gun to be unusable?”

A approach to thinking this through might come up with a number of “go / no-go” scenarios and answers:

A not too subtle lesson for this concept is vividly driven home in the post-apocalyptic movie the “Book of Eli”. When the character played by Denzel Washington is surrounded by “hijacker” evildoers, the leader says:

The “go / no-go” answer to this is to have enough ammo.

Or lack of. This is a corollary to the “no more ammo” scenario. Uncommon calibers may have many positive qualities, but their prime downside is their…uncommonness.

If you run short of ammo for your .257 Weatherby or your grandpappy’s bear gun, where are you going to find it in a pinch?

All mechanisms fail, yet some are more reliable than others. One often cited argument in the discussion of semi-automatic handguns vs. revolvers is the latter offers “six for sure”, driving home the point that simpler is better.

Whatever you have has gotta go “bang” when you pull the trigger.

The “go / no-go” answer to this is to have a reliable a mechanism as possible.

In a rifle, there are some incredibly reliable semi auto mechanisms: the Ruger 10/22 and the Marlin Model 60 in 22lr caliber for example.

But the bolt action or even single shot break action style might be simpler and more reliable (i.e. less prone to breakage), even if slower to reload. Old military rifles from the last century may be long and clunky but they’ll take a lickin’ and keep on tickin’, even if picked up out of the mud.

Standard telescopic sights are inherently fragile. Those powered by electronics are subject to failure due to exotic causes such as EMP/CME. But also more pedestrian causes such as ….lack of batteries.

A sub-chapter on iron sights will single out peep sights as having two advantages over open “v style” sights or “buckhorn” sights:

Peep sights force the eye (even aging eyes) to focus better and automatically center the bead. The sight radius is longer. Both of these result in a more accurate aim.

Another school of thought is the see-through sight rings, which allow for the use of a scope OR iron sights at a moment’s choice. There are some that sneer dismissively at this option, but it is one that has been tested over decades and proven workable even if sorta goofy looking.

Suppose laws were passed that took away your guns or certain categories of guns. Semi-automatics, or “scary looking”, or those chambered in certain calibers. What if they were subject to confiscation.

This is actually quite common in most of the world, the USA being an exception.

In today’s relatively peaceful environment, most prepared individuals will probably stiffen up when confronted with the idea of enforcement of gun-grabbing legislation. But there are some that may (albeit unhappily) hand them over when their doorways are darkened by someone’s son or daughter sent to enforce the diktat.

One answer is to stay below this radar by having at least one “inoffensive” (however defined) gun in a bolt or break action, chambered in a common caliber.

So where does this leave the responsible prepared-minded individual trying to do the right thing?

Amongst the gun(s) that you have spent years assembling, for all the good reasons you have been able to discern and execute against, it’s worth considering that you have at least one that fully addresses the “go / no-go” questions.

For me, the answer is a plain jane .22lr with iron sights with a fixed power scope mounted with quickly detachable rings, and a simple sling.

The exact make and model is unimportant, although it is considered common and above average quality.

– Parts to assemble a basic field repair kit are easy to find and inexpensive.

– Although chambered for .22lr it will also handle caps, shorts and longs if loaded one at a time.

– The chambering, and ammunition, is ubiquitous: .22 shells these days (but not always!) are everywhere and are inexpensive, at less than six cents a shot these days for the average “big-box” store fodder vs multiple times that per round for the center fire calibers .

– A person can carry 500 rounds in about the same space and weight as 50-75 rounds of any of the standard military calibers.

– And it goes bang when I pull the trigger. More importantly, it is what works for me. YMMV.

When things get binary, some might pick a pump shotgun, a revolver, or a bolt action military rifle. It’s whatever you have left that still works. The possibilities are numerous.