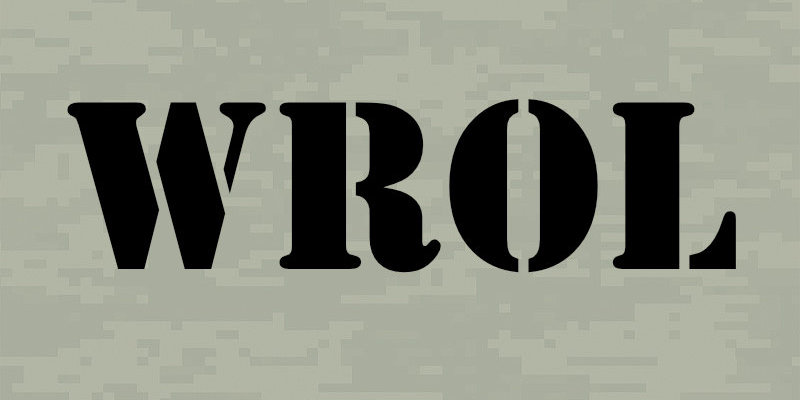 WROL stands for Without Rule Of Law. In the context of prepping and preparedness, the reference to WROL typically goes hand in hand with one of several possible worst case scenarios (SHTF). That is, when there has been a major and widespread breakdown in law and order.

There are cities in the United States, right now, parts thereof that are essentially without rule of law in many aspects. For example, Chicago, ruled by leftist mayor Lightfoot. As of this post, there have been 2,604 killed and 11,300 shot since her term began, May, 2019. I’m sure you can fill in the blanks as to cities with regions where you better not venture in… Essentially WROL, without rule of law.

Those who have watched or read about the goings-on in those cities and others, know exactly what I’m talking about. It’s a real problem.

Here’s the thing:
There’s a very thin line between civility and civil breakdown.

What is the definition of vigilantism?

“Taking the law into one’s own hands and attempting to effect justice according to one’s own understanding of right and wrong; action taken by a voluntary association of persons who organize themselves for the purpose of protecting a common interest, such as liberty, property, or personal security;”

Since then, we have become a nation of laws. State and federal governments are given what amounts to a Monopoly over the use of force and violence to implement the law. Private citizens may use force and violence to defend their lives and their property, and in some instances the lives and property of others, but they must do so under the specific circumstances allowed by the law if they wish to avoid being prosecuted for a crime themselves.

WROL & Taking Law Into Their Own Hands

By taking law into their own hands, vigilantes flout the rule of law, effectively becoming lawmaker, police officer, judge, jury, and appellate court for the cause they are pursuing.

Are we going to see increasing vigilantism when a threshold / tipping point of people are fed up with what they see as injustice, and when the entire system itself is perceived as totally corrupt?

It will be a logical outcome if and when the system decays into total corruption and injustice.

This is going to come to a head. I will tell you what’s coming in this country. When there’s no law and order and the politicians are all corrupted, and they’re all on the take, and the judges are totally worthless… I’ll tell you what happens…

It has happened throughout history. The people had to defend themselves because society could not do it. People took the law into their own hands. They had to, in order to survive. And that’s what’s going to happen.

I’m not recommending that, and it would be illegal for you to do so. But I’m telling you, for society at large that is what is coming. More and more people will take the law into their own hands when the government refuses to do so. It’s that simple.

Remember when ANTIFA (the anti first amendment group and weaponized arm of the democrat party) burnt down those cities awhile back? They were violently acting out and getting away with their violence under the willingness of city mayors and police leadership which had been allowing it in those cities. This army of leftist “Social Injustice Warriors” continue to stand at the ready. They themselves employ WROL when the command is given to lay siege. They’re Obama’s “Civilian National Security Force” (remember that?).

When Civility Turns To Civil Breakdown

Is there some point where it all just starts to crumble and vigilantism runs rampant? Answer: Yes, of course. The question is, how bad does it have to be out there?

If we’re talking about some of the worst-case SHTF topics whereby civilization breaks down, such as widespread grid-down (for example), the systems of justice and law & order will become challenged or broken. During such a time, you’ll be pretty much on your own to an extent, when it comes to justice.

Certainly, and without a doubt, WROL will become widespread in the urban / city regions. Will it spill over beyond the city regions into the burbs and rural areas?

And what’s going to happen to rule of law if and when we sink into a Greatest Depression?

WROL is a Level 4 preparedness topic to consider.

Is Civilization Just A Thin Veneer Between Civility and Civil Breakdown?