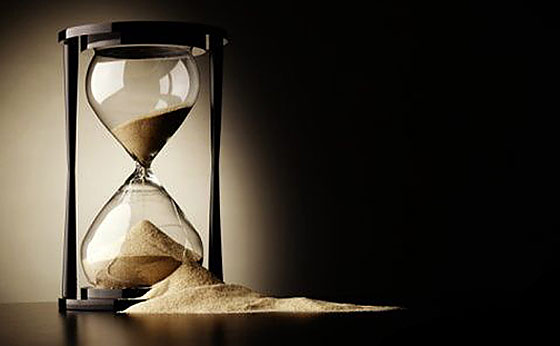 If you want to go beyond ‘Preparedness 101’ and ‘Preparedness 201’, an integral part of ‘301’ and ‘401’ is practicing the survival skills that you read and learn about. Let me tell you this… It is easy to purchase just about any supplies, tools, and preps for just about any aspect of preparedness, however it is not necessarily so easy to apply those preps into survival skills when it comes right down to it – ‘the hammer hitting the nail’… Let me put it anther way… Just because you have the ‘stuff’, doesn’t mean that you know how to use the stuff. And just because you might know how to use the stuff as it applies to a particular skill – doesn’t mean that you have learned enough about that skill to be adequately proficient. There is always a learning curve. And I’m not just talking about ‘bushcraft’ survival skills, I’m talking about any skill having to do with preparedness, including modern survival skills with modern tools and equipment.   A recent comment here on MSB exemplifies this very important notion while learning one particular skill (foraging acorns), and it goes to show how long that it can take to learn valuable (and sometimes very critical) lessons while practicing your survival skills:

It took me FOUR years of trying before I got my first successful batch of acorns to make acorn tortillas. That’s right. Four years. And this was after many hours spent online reading everything I could find on the subject. (I think it is possible that many of the people writing those articles had never harvested an acorn in their lives). Just FYI – make sure you are getting your acorns from white oaks. Red oaks have way too much tannic acid. The first year was spent learning to identify all the MANY different varieties of oak trees. Eventually I found some nice white oaks near my house, but I was too late for the acorn harvest. The second year I waited and watched my chosen trees until the acorns were ready to pick … and I came out the next morning with my acorn collecting bag in hand, only to find a blanket of empty shells under all my carefully chosen (now acorn-less) white oak trees. No one mentioned the fact that squirrels gorge themselves on the white oak acorns the minute they are ripe (and they bury the red oaks to leach the tannic acid out of them as they freeze and thaw all winter in the wet ground and eat them the following spring and summer). The third year I found a huge grove of white oaks where the squirrels could eat their fill and there were still some left for me.. and I finally went home with my harvest of acorns. BUT I stored them in a plastic bag until I was ready to use them and they molded on me. No one mentioned how to store them if you can’t use them immediately. Yep. It took me FOUR years to make a tortilla. And I have a masters degree. MORAL OF THE STORY … Don’t wait until the SHTF before you practice your survival skills. -comment from ‘bee keeper’

Many of you backyard gardeners will likely relate to the fact that it’s not always easy to simply grow a garden that produces a bounty of produce. LOTS can go wrong. It takes years to learn from your mistakes (I’m still learning!). I made some mistakes on my own garden this year and will correct them next season. It’s never ending it seems. It gets even more challenging as you increase your garden size or try new vegetables. I know there are preppers out there who feel cozy and comfy because they have bags of seeds for ‘just in case’. Well they are going to be in for one big surprise if and when they actually have to use them if they are not currently practicing gardening!   Same goes for food preservation. There are many techniques. How many preparedness-minded folks have actually tried them? How many are proficient with any of these techniques? Just because you have purchased a pressure canner and several cases of canning jars doesn’t mean that you will know how to do it when you need to do it…   Just because you have a Magnesium Firestarter or FireSteel does not necessarily mean that you will be able to build a fire. Have you ever actually tried starting a fire with your FireSteel? Have you tried to build a fire when it’s all wet outside?   Just because you bought a firearm and have practiced shooting with it a few times does not mean that you are proficient with that firearm.   Just because you have 5-gallon buckets filled with wheat berries does not mean that you know how to make a loaf of bread from scratch…   SUMMARY Listen… the examples are endless. You know what I mean… The very important point is this: Practice your survival skills now, BEFORE you actually need them. Make the time.   Have you any examples of learning a particular ‘survival skill’, how long it took, or surprises along the way?