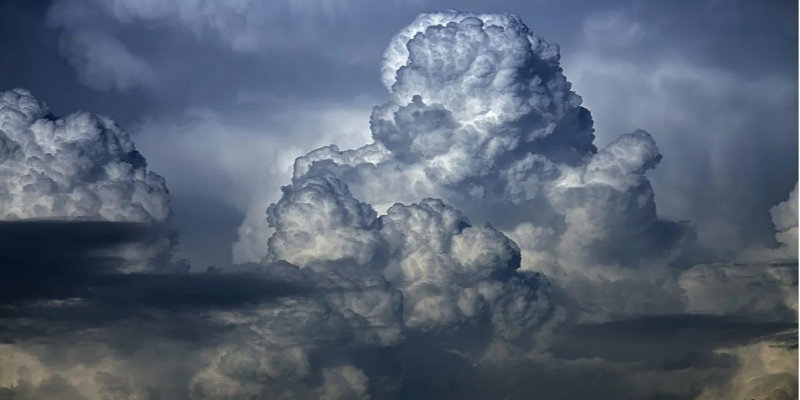 As a prepper, is it possible to overreact from fear of today’s concerns about SHTF? I’m not talking about preparedness for the small stuff. Rather, I’m referencing some of the big stuff, such as SHTF scenarios that I wrote about the other day. The state of the decaying world we live in. Being preparedness-minded, a prepper, how easy is it to get carried away, so to speak, while focusing on bad “news”? Do you know what I mean?

A recent comment here on Modern Survival Blog has inspired me to address this question, and put it out there for your comment and opinion.

Doing my best to be ready for any of the SHTF scenarios. In my view so much is going wrong now… as a nation and her people I feel we have been led into a position of vulnerability on practically every front.

With all of the info coming through about food supply problems, I have made that a priority (much to the amusement of my DH who is back to his skepticism that things are going to get as serious as I think they are).

But the comments by the CEO of Goya that I read yesterday have caused me to look at my current beliefs. His opinion is that food will be expensive, but not widely short in the US. I was kind of put out by his remarks – we all agree with the expensive part, but I was bothered by his kind of blowing off the concept of food shortages here.

Have I become a victim of my own confirmation bias? Am I too dismissive of different, more optimistic opinions? Am I over-reacting to all the bad news scenarios in front of us? I like to think of myself as being pro-active and prudent, but am I missing something? Am I making things out to be worse in my own mind, and negating the opinions of an industry insider because he does not see things the way I do? Am I getting carried away?

I don’t intend to stop my preparedness activities, but I guess I am questioning whether I am too quick to dismiss the voices saying things aren’t going to be as bad as I think there are. Perhaps I am not being fair and balanced in my own opinions, and am simply looking to confirm and support the negative scenarios I believe are very real?

Okay, that’s a good question. I do believe there are ups-and-downs when it comes to the extent of one’s concern, based on what’s happening / current-events / reporting. The good thing is as follows. If nothing happens, you will have lost nothing. If something happens, you will be better for it. The lifestyle of self-reliance and preparedness is itself rewarding (at least for me). So I never feel as though I’m going overboard, so to speak. If anything, I’m saving money in the long run.

Lets take this a little deeper…regarding possibly being “too dismissive of different, more optimistic opinions”.

If you’ve been “red pilled” (Matrix reference), you never look at things the same as before. That is, once you see the bigger picture, when you see through the smoke-screens and have looked behind the curtain, when you’ve peered down that rabbit-hole (which goes very deep by the way), it gets ugly. I believe many of you know what I mean by that. The mainstream does not want you to see how the world really works, and who runs it. And why.

You might say that what once used to be considered conspiracy theory (term invented by the CIA), is now out in the open and clear as a sunny day. And the gas-lighting out there is beyond ridiculous. A thinking person doesn’t have to dig too deep to uncover uncomfortable truths. Some, very uncomfortable…where we’re being taken.

Now here’s the thing…and back to the question at hand… If we spend lots of time down that rabbit-hole, research and discovery — will that focus alter one’s mindset or outlook?

For example, what about people who discover alternate sources of news and information, and consume that for their primary input — will that focus alter one’s mindset or outlook?

Another example, when most people only inhale mainstream news (which is obvious controlled programming), will those people’s mindset be swayed to think and believe a certain way?

Here’s my opinion… The answer is yes, in both cases. However, there’s more to it than that simple answer. Let me explain.

The people have been herded into controlled sources of news and information – the leanings and agendas of which have been obvious. Today, that lean is extreme (for a reason). Further attributing to the controlled narrative are the powerful hands of big tech.

With that said, it takes effort to research outside of that huge and powerful bubble of control. Most people living their day-to-day lives don’t even think to do that. And, most simply don’t care. They’re busy with their lives. They believe what they see and hear from the mainstream. Period. End of story.

Here’s the thing. I do believe that people who have broken through the controlled sphere of mainstream news – and who focus on alternative sources of information – are likely more well rounded in their ability to think critically. Why? Because they’ve sensed something isn’t quite right with what they’re being told. They’ve broken through the bubble and are probably discovering uncomfortable truths that may be instilling a sense of fear or concerns regarding the direction in which this world is being taken. Yes, being taken. On purpose. And yes there are crazies out there too (in the alternative news arena). But it doesn’t take long to weed that out, assuming you’ve got at least a reasonable IQ.

Have I rambled off course here? Wait, what was the question?

So Cal Gal asked, “I guess I am questioning whether I am too quick to dismiss the voices saying things aren’t going to be as bad as I think there are. Perhaps I am not being fair and balanced in my own opinions, and am simply looking to confirm and support the negative scenarios I believe are very real?”

We as humans do look to support our beliefs. It’s natural. The trick is, to keep an open mind, be a critical thinker, due-diligence on many sources, search for supporting references, realize that the MSM is indeed a propaganda mouthpiece, listen to your spidey senses, formulate opinions, question yourself, and prepare accordingly.

Regarding our present global situation… It’s a mess. Will they (WEF/Davos and the rest of them) succeed in their agenda? They might. Can they be stopped? Yes, however I don’t believe they will be stopped at this time. I know a good bit of their plan, and if they succeed, it’s going to be bad for us. Our way of life will become an enslavement within their great-reset and build-back-better (which means they’ve got to break what we have now in order to build it back ‘better’ – which they’re doing quite effectively at the moment).

Wow, I feel like I’ve rambled, and not sure if I adequately addressed her questions. That’s why you’re here… to add comment with your own opinions :-)