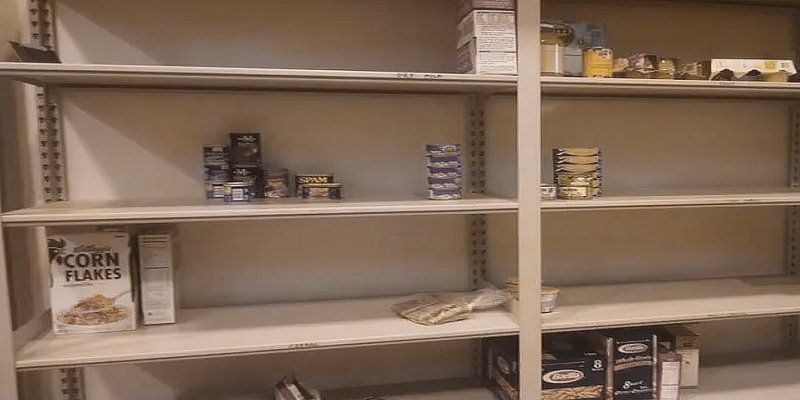 Do you know what real hunger feels like? Probably not. Why? Because most reading this live in a ‘1st-world’ country (e.g. the USA) where food is relatively plentiful. Nearly everyone makes enough money to put food on the table, or, receive benefits to do so. Although we have experienced some shortages of some food items during Covid, there was still plenty of food. Where am I going with this? Keep reading…

Have you ever fasted? Or have you ever skipped several meals in a row? Do you know that feeling of being really hungry, real hunger? Today, on the Open-Forum, I read a comment that inspired this post. I pasted it here instead. Here it is…

Monday, I had a colonoscopy. For those of you who have been fortunate to have one, you know the drill. The prep is the worst part.

In preparing for the procedure, on Saturday I wasn’t allowed any red meat or anything high in fiber. No problemo. Sunday, I wasn’t allowed any type of solid food, only clear liquids such as jello, broth, popsicles, and such. Being this was my third colonoscopy, I knew what to expect as far as the diet and prep. So, Sunday wasn’t a fun day. Constant hunger pains that liquids wouldn’t cure. Throughout the day, I kept reminding myself that a large percentage of the Earth’s population feels this type of hunger daily.

With the impending food shortages we are about to experience, I also had to remind myself this feeling of hunger will be shared by millions upon millions in the coming days. Going to sleep, Sunday night was rather difficult. As I started my day on Monday, the hunger pains weren’t too bad, however; I could tell that I didn’t have my normal amount of energy to start the day.

Around 11:30am, my procedure started. As soon as the procedure was done, and I was released from post op, we grabbed a bite to eat. I’ll tell you what, that fast food chicken sandwich was absolutely the best! With each bite, my energy seemed to return and my tummy was getting happier by the minute.

I’ve never been in a survival type of situation to where I wasn’t able to eat. Throughout my life, I have been very blessed because every day I have food to eat. A day and a half of fasting wasn’t pleasant, but it was very humbling.

It is my opinion that we are entering a period of further disruption to ready-available foods. And this will result in real hunger for many more people. So many current events this year (natural occurring, and man-made) have lead to, and are leading to, much higher food prices (even higher than they are now) – and, food shortages around the world.

There is a lag effect in most food supply chains before it reaches the consumer. So, problems during the growing season may not affect your grocery store for some time, depending on what it is that we’re talking about.

We are also traversing a dangerous time period that many are calling the ‘fourth turning’. Social and political turmoil /upheaval. None of this is good for a smooth operating food supply system laden with countless global interwoven systemic risks.

World War? How do you think that would affect food supply chains? Pretty badly I would suspect. I believe that we’re closer than ever to the next World War…

Real hunger will result in two primary things. A desperate desire to eat. And a loss of energy.

I challenge any of you to go without food for as long as you can. It’s not pretty. Once you’ve begun to feel what real hunger feels like, maybe you will be motivated to mitigate the possibility.

Try to imagine a region of hungry people, after just a few days without eating. Try to imagine the real hunger on Day 3 and beyond… Oh, my, goodness. It would be exceedingly bad. Some (or many) of the desperate people are going to do desperate things to get food to eat. For themselves, their kids, their family. Oh boy I would not want to be living anywhere near a city or populous region…

Mr. Ree (comment above) mentioned his latest colonoscopy. It reminded me that I’m due for my 2nd procedure experience, this year. I suppose I should schedule it. During that time of fasting, I will be thinking about those who are hungry, and those who could soon become hungry. I do suggest that you shore up your food reserves for our uncertain future. It’s coming…

No City Can Feed Its Own People