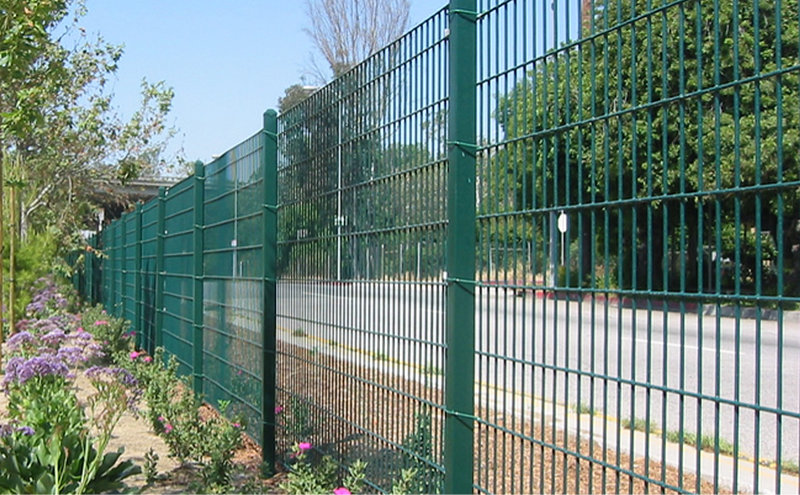 Home security is about layers. The further out that you can deter, or stop a burglar /threat, the better. Your home perimeter defense strategy is first that of your outermost layer.

Your primary home security goal should be first and foremost – to deter. This can be accomplished subtly, and this can be done “in your face”, so to speak. I prefer a combination of the two.

Your goal should be to make your home – property – look like (to a burglar /criminal) that it’s more trouble or risk than it’s worth.

Sight Lines From The Street – Block with Perimeter Fence, Shrubs…

First, concentrate on your outer layer — the perimeter at which a burglar or criminal threat will see your home. If they can’t see it from the street, that’s even better.

A perimeter fence. Although a fence may not keep everyone out, it does give them something to think about. Risk versus reward. If someone makes the decision to jump the fence, well, you know they’re up to no good.

The idea is, you want the burglar /threat to think (believe) that the risk of going beyond that perimeter – won’t be worth the reward for doing so.

Trees, shrubs, thorny flora, a solid fence, anything that obscures or eliminates the sight-line to the house.

Signage located near public access will make anyone think twice. A simple sign might be all that it takes to cause a burglar /threat to move on to easier targets. A posted sign tells them (anyone) that you’ve thought of this scenario and therefore you are better prepared for it than others.

The words on the sign are up to you and your intended tone.

No Trespassing
Private Property
Keep Out

Another very effective sign is one that indicates video surveillance.

Legal Tip: It is advised to not use signs that emphasize violence of “personal harm” to someone for trespassing. If “something” happens, it’s going to hurt your legal case.

Step back from the house and look at what the burglar sees. If the criminal observes an enormous dog bone on the porch (available at most any Pet store), that’s a visual cue that trouble could be nearby. That alone might cause the would-be burglar to high tail it outta there… not knowing if Wolfy is inside the house or already outside somewhere about to bite his a$$.

Having said that, even better would be actually having your own ‘Wolfy’ ;) A dogs ears are far better than ours and a dog will bark before you even know someone’s approaching. When the intruder hears the dog, he will also know that you heard it too… That changes everything…

I’ve read a statistic that you are 300 percent more likely to be a target without an alarm system. You want the burglar to know (or to think) that you have an alarm system – whether you actually do or not…

Yard signs or security system window decals will do the trick.

You do not need to have a security camera system to create the illusion that you have one… There are plenty of fake security cameras that appear very real and functional. A burglar who spots a security camera will most certainly think again about proceeding with the break-in. If there’s one outside, then he’ll think that there’s surely more inside (as well as the likelihood of a security system).

An excellent source of home perimeter defense. Burglars do not like lights. While many homes do already have an outdoor motion light, consider adding yet another for further and improved perimeter coverage.

It depends how long your driveway or road is. There are a number of ways to do this. The simplest is an infrared beam that triggers an alarm at the base in your house. Motion alarms. Magnetic driveway alarms (detects vehicles – not false alarms with animals). Although the burglar /threat doesn’t know it (so its not a deterrent for them), at least it lets YOU know.

[ Read: Wireless Driveway Alarm Up To Half A Mile Range Distance ]

[ Read: Wireless Driveway Alarm Up To Half A Mile Range Distance ]

What are your thoughts for home perimeter defense deterrence?