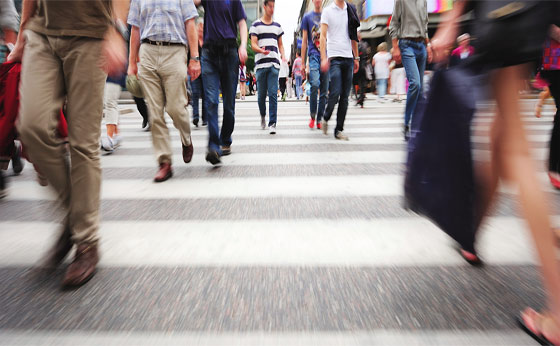 If you are walking on the street (or anywhere) and you ‘get that feeling’ that someone is following you, or if you know that there really is someone (or more than one) behind you and your suspicion is that they are following you, here’s what you should do…

Your situational awareness has kicked in (knowing what’s going on around you), but you’re not sure about the people behind you as you are walking to your car, walking on the street, or walking ‘anywhere else’. What should you do?

If someone is following you, Stop, Turn Around – as though you went the wrong way.

Make it seem like you went the wrong way. You have probably already seen it before – someone walking, and then suddenly stopping and turning around the other way, sometimes with a convincing look on their face as though they had make a mistake (they probably did – but you can use this same technique to your advantage).

If the person or people that you thought were actually following, if they actually turn around after you turn around (even if after a short continuance), then you might have a situation on your hands… If they continue on, then you’re very likely clear.

Even if you were intended ‘prey’, the potential attacker may likely continue on after you turn around – so as not to draw attention to what they’re doing (especially if others are around). Additional, change your demeanor to appear confident, and walk the other way with purpose.

This has been a public service announcement ;)