Most people can go without electricity for a couple of hours, right? But imagine if their power stays out for days, or even weeks!

I decided to think about today’s modern way-of-life and consider what typical household things would be missed the most without electricity, by most ‘typical’ people.

So I came up with this list of 10 things that will be high on the list for most people, given the modern lifestyle of today…

Most everything in our modern way-of-life requires electricity to keep the many systems functioning. However I’m just going to brainstorm a handful of things at home that most will miss right away.

Since the days of Thomas Edison, we now take for granted flipping on a light switch when it’s getting dark out. So one of the biggest things most people will miss without electricity are their lights.

Got flashlights? A headlamp? A lantern or maybe some candles? How about some of those outdoor solar landscape lights – you could bring them inside at night… What about batteries for those things? Maybe rechargeable (via solar?)… Things to think about…

Most people will think about this right away. Without electricity your frozen foods will probably thaw out sometime between 24 and 48 hours. After that, you would need to consume all that food or preserve it some other way without electricity. Otherwise, it’s going to go bad.

Got a portable generator? Run it a few times a day and it will help keep that fridge / freezer cold. But what happens when your fuel runs out? Do you have extra fuel, just in case?

[ Read: How To Keep Your Chest Freezer – Fridge Running During A Power Outage ]

This is a biggie. Most of today’s communications revolve around our cell phones / smartphones. They are the lifeblood of our social networks and the primary means of communicating with our family and friends. How will you cope without that ability to communicate? No big deal for some, but a big deal for others!

Cell phone towers are among priorities for utility workers, system infrastructure. Even though your local tower may still be running, your phone battery will eventually go caput.

Depending on your climate and the season, this could be a very big thing indeed! How long until your home becomes sweltering hot or freezing cold? We humans used to survive without air conditioning (for example), however this would quickly become a big problem today!

Many modern buildings will become completely uninhabitable without electricity due today’s modern designs incorporating HVAC systems (Heating, Ventilation, and Air Conditioning) which would shut down.

So what to do? That depends on your situation. Again, a generator could keep these systems running. Maybe you get a portable heater.

THE INTERNET AND COMPUTERS

This category should almost go without saying… It is probably the most relied upon resource in our modern lives today. It is crucial to our communications, our finances, our economy, and our entertainment. It’s a big thing for sure…

The internet itself won’t go down (unless the whole world loses electricity!). But when your home’s internet router loses power, well, you lose your internet connection. Today’s modern home has lots of connections through your router. Obviously your computers, your cell phones will be affected too, any devices in the category of “internet of things”…

[ Read: What Would Happen If The Internet Went Down? ]

I’ve read that the average adult watches 4 hours of television a day. And the typical child watches 6 hours TV per day including their video-games. It will be a shock to the system without this entertainment distraction…at least for many people.

It’s not a systemic survival risk. But it sure would be one of those missed things in most households. Maybe some people remember how to read instead? Or to “play outside” instead? Maybe a card game or board game? And here’s a scary thought…what about “talking” to each other? (((GASP!)))

I mention this category because of my observation that so many people walk around with ear-buds attached to their heads. Attached to a device like an iPod (or other devices) while listening to their music. Similar to the cell phone problem, the battery is going to run out.

Unless you have one of those pre-charged battery power bank devices, your device will go dead.

OH Noooo! What about my morning COFFEE! How will you handle first thing in the morning without a cup of coffee brewed in your electric coffee pot? Think about ALL of your small kitchen appliances that run on electricity and how you would manage without them. You might have to do the dishes by hand!

Lots of inconveniences unless you have ‘manual’ operated backups.

Although considered a kitchen appliance (which I mentioned above), I put them in their own category of ‘missed things’ without electricity. The majority of people rely on an electric stove, oven, or microwave for cooking their food. Could be a pretty big inconvenience without them…

One solution is to have plenty of foods in the home that don’t require cooking. That’s pretty easy to do if you plan for it.

Keeping our clothes clean is something that we completely take for granted. It would not take long for this situation to become, well, dirty…

[ Read: How To Do Laundry Without Electricity ]

I have written quite a lot here on the blog about the many scenarios and hypotheticals without electricity. Just use the search bar up top or in the menu to browse.

Most common outages are short lived. A few hours. Likely less than a day. Major storm events can make it worse. Days. A week, Maybe a bit longer – depending.

But there are outlier events that could make things worse than that. Probably less likely, but not impossible.

Imagine the unthinkable. Challenge yourself to consider life without electricity for several weeks, a month or even longer! (e.g. Solar SuperStorm or EMP)

[ Read: Without Electricity Most Of The Population Will Not Survive ]

Some of the categories listed above are really subsets of “Entertainment”. It WILL be a major emotional factor for many people when the power goes out because most people rely on entertainment for daily distraction. When things go “quiet”, it will be jarring for most who have become accustomed to the constant ‘noise’. They will be forced to deal with the reality of their own life and circumstances, and may not know what to do. It could even result in a rapid escalation of social chaos, particularly in densely populated areas as tempers flare while people are forced to deal not only with the loss of their distractions, but they will be forced to deal with survival itself.

My observations of the world we live in today reveal that many people, if not most, always seem to be on a cell phone talking with someone else – everywhere they go. In the car, in the store, at home, on the street, at work… It seems to reflect an insecurity of sorts. The need to be in constant contact with their circle of friends. Without this emotional support structure of constant communication, these people will have a very difficult time coping (with real life). Even if cell towers are up for awhile during a power outage, when your cell phone battery drains, that’s it… Silence.

You better start thinking about how you’ll manage without your electrical appliances – your stove – your microwave – your refrigerator and freezer – even if only for a week. Do you have the ability to put food on the table without them? Do you have food that doesn’t require cooking? Think of a power outage or grid-down scenario in terms of various lengths of time. While it’s pretty easy to survive a few hours or even a day or two, start thinking about a week or more – and what you would do.

While this resource is pretty much #1 for survival, during short term power outages you will not lose your water pressure. This will only become a critical issue if electricity is lost for a significant period of time. All water municipalities have power generators for their pumps, and so long as they can get fuel for their water pumps, they can keep the water flowing. A severe enough disaster however could throw a wrench in the works. This is similar for sewage treatment. A long-term outage will prove disastrous in the water and sewer category. 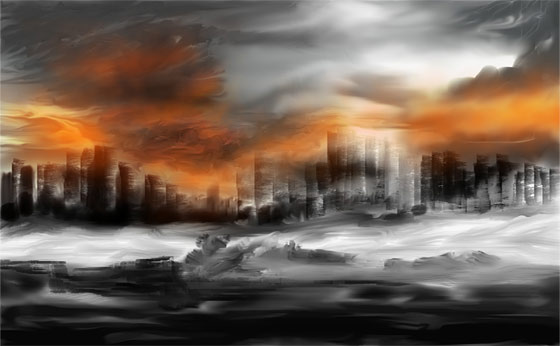 Are you preparing for TEOTWAWKI? If you are, then you likely have a much different view of the assets that will be important – those that will matter most – compared to today. For the majority of people living in today’s modern world, in their minds the tangible things that ‘matter’ in life might include… 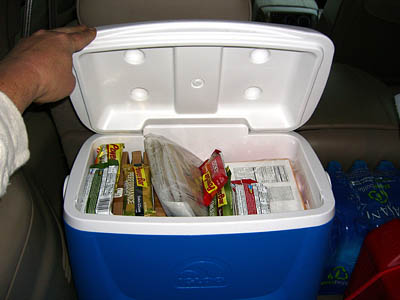 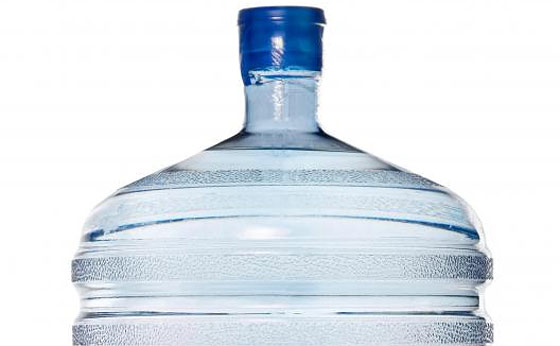 My opinion about how long to store drinking water storage for long term storage if using plastic containers. Also which plastics are safe.

I think we have all had to deal with a power outage for a day or two. Some of us have had the experience of being without power for 5 to 7 days. What if you had to survive and adapt to a power outage for 3 weeks or longer? Can you imagine that? Can… 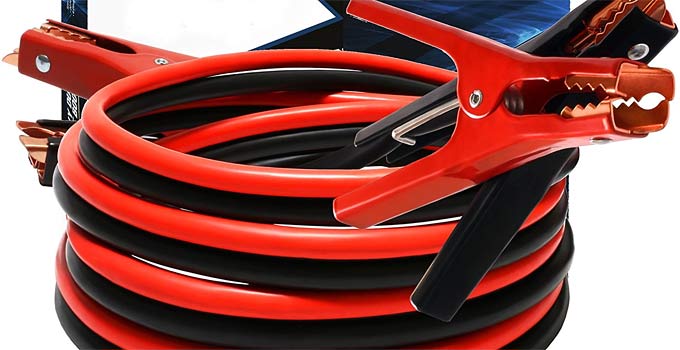 Here’s a guideline chart of jumper cable gauge sizes for car or truck. Also, my pick for best overall (I have a set of these)… 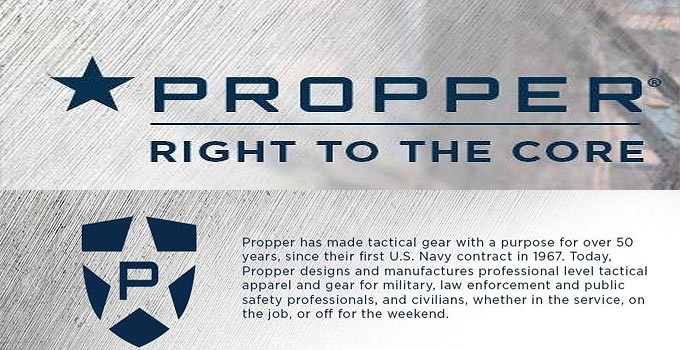 I have been wearing Propper tactical pants for 9 years and counting. Propper is a particular brand which I originally researched years ago which had all of the functionality that I was looking for. I still find them to be one of the best. For many years I’ve rarely worn any other type of pants….