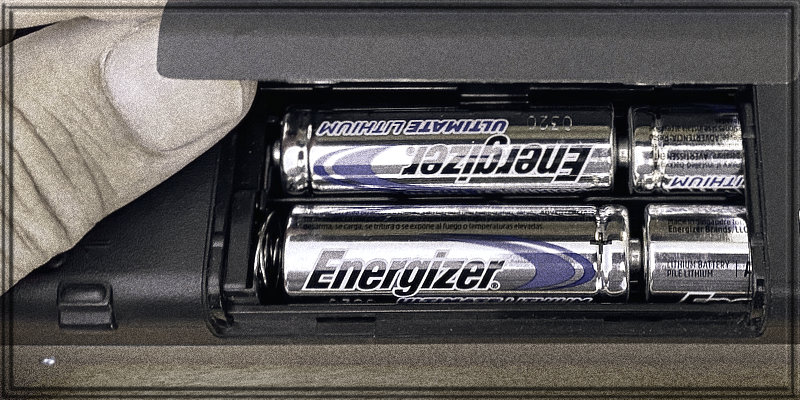 If you’re into preparedness, one of the worst case scenarios that you might prepare for – is the electrical power grid going down. Especially, for the grid being down more than just a short period of time. I’m talking about a hypothetical long term grid down. That scenario would be a doomsday event for most people, if it were widespread and long lasting. Staggering estimates indicate that up to 90% of people wouldn’t make it. Although the following is certainly not priority-1 for such an event, one of the many things to consider is to pre-emptively acquire plenty of spare batteries for important or mission-critical battery-powered devices. Here’s what I mean…

While there are many high priority preparedness plans and actions for such an event, I’m simply and narrowly focusing on the topic of spare batteries for this post. Here’s how to go about it…

Take a look around your place. Identify all of your devices that run on battery power. Ask yourself which of them might be assets under the horrible circumstance of long-term grid down. Then, come up with an action plan to get plenty of extra batteries to keep those devices powered. There’s more…keep reading…

Several considerations come to mind. One of which is the following. It’s one thing to stock up with spare batteries of the type that fit into your various devices. However, in many cases, you can take it a step further and get rechargeable batteries instead. In this way, as long as you have a way to recharge the batteries, you’ll have a near endless supply of battery power for those devices. That is, up to the extent of recharge cycles for a typical rechargeable battery (which is quite a lot).

If you have a device whereby you cannot find a rechargeable battery replacement, at least get yourself enough spare regular batteries of that type – to include in your storage, just in case. Because if and when the lights go out, it will be too late to procure batteries!

I won’t bother too much getting into all of the specific batteries and devices. That’s up to you, and whatever battery-powered devices that you have. Rather, I’m simply pointing out that if the worst were to happen, you will be SOL if you have not prepared in this department.

Many, or possibly most battery powered devices (e.g. flashlights, headlamps, portable radios, etc..) these days will take AA or AAA type batteries. Most of these can be replaced with rechargeable batteries.

Here’s an article about what I presently use:
Best AA Rechargeable Batteries – The Eneloop – Why I Like Them

Regarding regular alkaline batteries, I made the switch (long ago) to Energizer MAX. They’re great. Good shelf life and they don’t leak.

Here’s another article about that topic:
Batteries That Won’t Leak or Corrode

You might be wondering, do they make a rechargeable 2032 battery? Well, the answer is, yes they do. Here’s one example… Charger with (4) 2032 batteries (amzn)

There are other common battery types too. Point being, whatever battery you need, search and see if there are rechargeable replacements.

It may also be a good idea to have a spare 12-volt battery on hand. Be it a standard lead-cell car battery, or AGM (safe for indoors). This will power a ‘Ham radio’ transceiver (HF, or VHF/UHF). You could also hook up an AC inverter to a 12-volt battery to power a low demand 120-VAC device to the extent of the battery capacity. Tip… never discharge a typical 12-volt battery all the way down, because you’ll kill it.

Power Source For The Battery Chargers

If the grid is down, how are you going to power-up your battery chargers? Some are designed to plug into a home 120-volt AC wall outlet. Others, a 5-volt USB port.

A gasoline or propane fueled generator will obviously provide a power source (and power for other loads). But when the fuel runs out (e.g. long term grid down), you’re SOL.

The latest trend are battery powered ‘portable power stations’ or ‘solar generators’ (or whatever marketing term they come up with. Just bear in mind that presently they are not near as powerful as a typical gas generator, and won’t perform up to that standard. However, it’s an intriguing alternative for lesser-demanding loads. Here’s an article about one particular solution…

You might even take all this a step further and build your own stand-alone mini power grid from solar panels with a battery bank of storage. That’s what I did. It does require “know-how”, otherwise you pay to have it done. Without getting into all the details how to build your own off-grid solar power source, I’m simply suggesting this as an option for long-term grid-down preparedness.

[ Read: The Four Essentials of an Off Grid Solar System ]

There are simpler options to provide a power source for a battery charger for typical consumer batteries. A fold-out solar panel array with a built-in USB power output.

Long term power grid down. It seems unthinkable. However it is within the realm of possibilities. The power grid is vulnerable (in a number of ways). Energy is required for modern life to exist. And that includes, literally, your survival. Today’s article simply and narrowly focuses on your various battery powered devices which may be important to you during such a time. Consider having either extra spare batteries for them, and/or the ability to recharge batteries to keep those devices operational throughout.