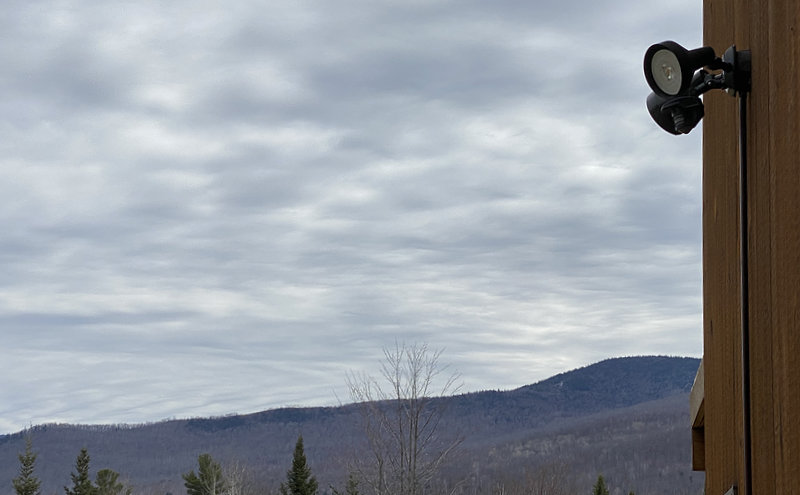 Millions upon millions of new gun owners have purchased their first gun during these recent months and recent years. The primary reason has been for home & personal defense. With that said, and for anyone else, I would like to offer my opinion for best home defense tactics. And it may surprise you to an extent…

What Are The Best Tactics For Home Defense?

Okay, here goes… My primary recommendation for home defense tactics is, wait for it… prevention! I bet you thought I was going to get all tactical on you, right? Well, that’s only if and when your preventative measures have all failed – a worst case scenario.

You do not want to be in a situation where you are in a last resort relying on your gun. That scenario could wind up with either the perpetrator, or YOU, dead. So first, I suggest that you do what you can to prevent it. It may or may not be successful. But, if you do not try to deter, then you will surely end up in a riskier position.

I will tell you some of what I do for home defense tactics here at my place. I’m not going to list in any order of priority. Rather, I believe that together, these actions help to complete a better home defense. Your actions may differ to an extent, depending on where you live. I happen to live rural, with plenty of outdoor space and opportunity to slow down or stop a potential problem. (Perpetrator moving on to other, easier prey – unless utterly determined for whatever reason).

Early Warning (For Me) – Driveway Alarms

My best, or should I say one of the first home defense tactics is to KNOW that someone is coming. That gives me time to evaluate. “They” have no idea that I know they’re coming – whoever they are. That is a clear advantage.

Chances are it’s the UPS truck. Or, my neighbor friend down the road coming to visit. However there are times when a lookie-loo drives in for various reasons of curiosity (usually tourists tempted by mountain views down my private road). No, they’re not a threat. But the thing is, how do you know the motivation as to why a vehicle is driving down your road if you’re not expecting anyone, and you don’t recognize the vehicle?

For example, there’s a big drug problem in this country. Who’s to say it’s not some crack-head looking to break into a house for valuables to feed their habit? Or, any other number of examples. We are all living in an increasingly dangerous world of uncertainty. So, do not assume that the approaching person or vehicle is just a friendly Jim or Jane…

I have installed magnetic driveway alarms in the road. One alerts me as they enter my property (my road is about 1/3 mile long). Another alarm alerts me when they’ve made it to within several hundred feet (you can’t see my place until you’re fairly close – where it opens up into fields and the homestead itself). Anyway, when the second alarm sounds, I know they’re committed and soon I will see whoever it is. I wrote about one of my alarm systems as follows:

Now I’ll bet some of you have thought, what if someone comes in on foot? No vehicle to trip a magnetic driveway alarm? Well, I’ve got that covered too. An infrared sensor which triggers an alarm on your home base unit. I have the following, which I’ve used in several various applications. It’s great! Long distance too…

[ Read: Wireless Driveway Alarm Up To Half Mile Range ]

Early Warning (For The Perpetrator)

I employ several home defense tactics to early warn the perpetrator. As the defensive measures add up, the perp will soon realize that someone’s up ahead who has taken this seriously. That is, their home security. Hopefully, unless the perp is stupid, terribly desperate, or seriously intending to intrude – they’ll get the hint.

Motion Lights – Some Hidden, Others Out in the Open

I have installed numerous outdoor motion lights. Several will not be seen. Others you can see them. Of course, in the evening and at night each of them will light up after being triggered. But during the day, those which can be plainly seen will message to the perpetrator that I’ve taken this seriously. I have more than just the typical motion light on the garage, for example…

I installed solar powered motion flood lights along the road – mounted up in the trees. You’re not going to see them unless you look right up at them. Here’s one for example:

Since I ran electrical power to my chicken coop area, I also installed several motion lights there too. Any perpetrator beginning to get closer to my house will set these off too, and is part of my overall home defense tactics.

Additionally they are on all sides of the home, and mounted over on my shop building too. The reality is, by day its obvious that I take my security seriously by noting these, and other measures, some of which are listed below. At night, it’s impossible to approach from any direction without being lit up along the way. Great deterrents.

This, in my opinion, is an awesome home defense (preventative) tactic. Even if you don’t have security cameras, the perpetrator will not know this. I have one sign partway down the road. The other is up at the house, with slightly different messaging. All non-threatening, but certainly makes you think about whether or not you want to be on camera…

Yes, I do also employ security camera technologies. I do believe it’s important to have at least one that’s visible in plain sight. You want them to see it. It provides yet another visual message that I’m serious about preventive home defense tactics. As more messages and clues pile up, it should become increasingly clear to the perpetrator that if they actually choose to enter / break-in to the premises, what awaits them behind the door will be even more serious…

Okay, so, here’s an example. My primary security camera which is plainly visible but out of reach, mounted off the 2nd-floor of the house:

Speaking of outdoor security cameras, you might also consider an additional stand-alone infrared illuminator to help see further out at night with your camera. That is, assuming your camera has the capability. It certainly helps mine. I’ve got an IR illuminator mounted up near the peak of my shop building.

Another good thing about it is, if you have a night vision device, it will light up the place for you to see. It’s amazing how everything’s turned to daylight during a pitch dark night while running my PVS-14!

Whether you are paying for home security alarm service monitoring or not, these stickers are certainly a deterrent and an important part of one’s overall preventative home defense tactics. Mine are on the front storm door (pictured below), the back door, my slider upstairs, and a few other windows.

Although a deadbolt lock is starting to transition to indoor tactics and strategies for home defense, I will mention it anyway. Install a high quality deadbolt along with heavy duty steel plates and extra long screws that go deeply into the framing lumber.

Speaking of doors being a transition point into your home, sliders are especially vulnerable. Their locks are awfully useless in this regard. So, it’s simple to make your own (or buy one) security bar for sliding doors. I simply cut a piece of lumber to fit / wedge in the frame as shown below. Sure, the perpetrator could smash the glass, as with any window. However, this is an excellent tactic to stop them from opening that door.

I don’t care what kind of dog you have. Or how big or small it is. Most all of them will instinctively alert and/or try and protect. There are exceptions… We once had a golden retriever that certainly would not deter or prevent a perpetrator! However during the same time we had a German Shepard too. These days we have our little mini doxie. He will bark up a storm. But an inside dog who’s getting older and likes to sleep alot…

Home Defense Tactics After An Assailant Enters Your Home

This is the event we’ve been trying to avoid. But if it happens, what are you going to do?

This is not advice. Rather, opinion. Everyone’s situation is different. Homes are different. Environments vary. There are tons of variables. And more importantly, laws vary too, sometimes quite dramatically! Some have a requirement to retreat. Others a castle doctrine whereby you’re more at liberty. Stand your ground laws enable even more liberty to protect yourself and property. Know Your Laws in this regard.

I’m not going to tell you what to do. You are welcome to offer your own opinions in the comments below. But I will present some questions that you might want to ask yourself. And some things to consider.

I know what you might be thinking right about now. Grab a gun and confront the assailant. But is that the best course of action at the moment? It depends, right? What if the assailant is attacking a member in your household? Well yes, maybe it’s time to do something about it. But if not, at least not yet, well what are you going to do? Does the assailant know where you are at the moment? Or even know you’re in the house? Should you call 911 now?

There are a bazillion hypothetical scenarios that one could think of. But you know what is the common denominator for home defense tactics for once the assailant gets inside?

If you do not plan ahead, there’s an increasingly likely chance that you might just ‘freeze’. Not knowing what to do next.

Here are some bullet point thoughts and questions…

An excellent online resource for gun related law in your state:
https://handgunlaw.us/states/

IMPORTANT! I highly advise that you read the following book. VERY eye-opening in the event that you are ever involved. It’s worth every penny, written by Attorney Andrew F. Branca

The Law of Self Defense: The Indispensable Guide To The Armed Citizen
(amzn)

There are lots of things to think about when running scenarios through your head for personal & home defense tactics. It’s a good exercise to do this (think about it).

It’s a great thing to know how to use and be proficient with a firearm. It takes practice. Classes are good too. It’s a great skill to have. It is a last resort weapon, but it could save your life (or that of another household member).

Is there a best gun for home defense? No, that argument will go on for eternity. There are pros and cons to all of them. The best one is the one that you actually have, and are preferably familiar and at least fairly proficient with it. That matters more than caliber, brand, number of rounds in the magazine, etc..

Okay, this has all been just food for thought.

[ Read: Self Defense Threat And The Tueller Distance 21-Foot-Rule ]