Making your own wheat bread from scratch can be so much healthier than processed bread. You will control and know every ingredient that goes into making a loaf, without any of those unpronounceable ingredients listed on store-bought loaves…

There are countless bread recipes to discover.
You can even make bread without yeast (sort of). Or maybe a sourdough starter.

Here is one basic wheat bread recipe that we used for awhile – I found it from an old post back in 2011.

Since yeast is a living organism, accurate liquid temperature is important. It directly influences the yeast activity as it dissolves the yeast granules.

Using a thermometer is the most accurate way to determine the correct liquid temperature. Any thermometer will work as long as it measures temperatures between 75°F and 130°F. 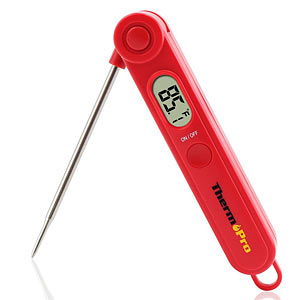 If yeast is added directly to the dry ingredients,
– liquid temperatures should be 120°F – 130°F.

If mixing by hand, knead until soft and elastic (approx. 15 mins.).

Cover and let rise until doubled (about an hour).

After the first rise, punch dough down slowly, releasing the gases.

A bread machine can do all of the work for you including the actual baking.

Hey, did you know you can make bread in a solar oven too?
Solar Oven Bread
Solar Cooker, All American Sun Oven

Here’s a challenge, instead of listing your own recipes (we’ve done that before), lets share a bread making tip! List your tips below: